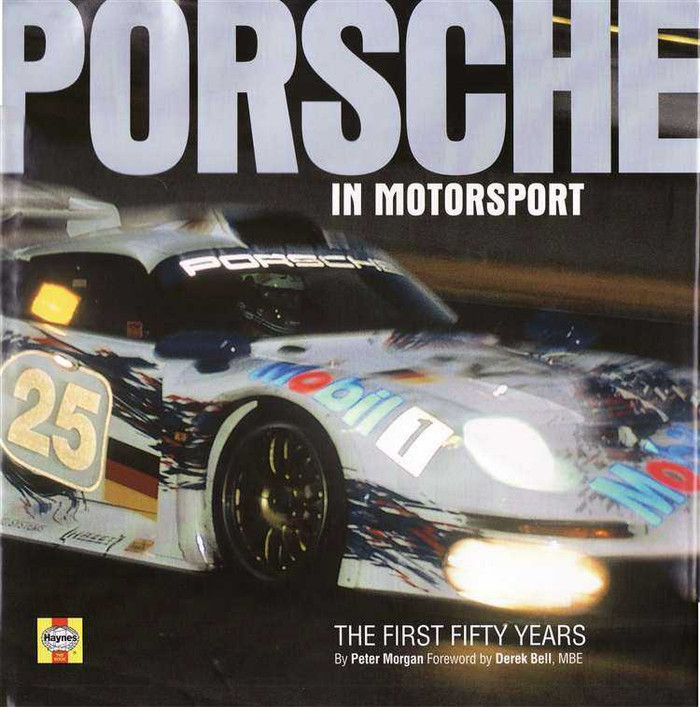 Professor Ferdinand Porsche was well known in motor racing circles even before the Second World War as the chief engineer of the famous Auto Union racers. and the Mercedes-Benz record breaker. However. the return to competition of the Porsche name in the Le Mans 24 Hours of 1951 was with a very different machine, the diminutive Porsche sports car having none of the thunder of the Silver Arrows. The pre-war Goliaths were now consigred to history as engineers used wartime advances in materials technology and engine design to produce lighter and more agile machines. It was to be a number of years before Porsche achieved an outright victory at Le Mans but it was the goal on which their sights were set with unparalleled determination and dedication. Today, Porsche has an unrivalled record in this event. regarded by many as the greatest race of all, with no fewer that 16 victories to their credit.

After the war, the Porsche engineering consultancy business. established in the 1930s, maintained a momentum after having escaped the allied bombing of Stuttgart in 1944 and supported a staff of more than 200. The professor's son. Ferry, started a manufacturing facility alongside the consultancy, initially to produce agricultural equipment. Then the small band of dedicated engineers who had been responsible for the famous pre-war racers put down a marker for the future by producing a breathtaking grand prix car. the Cisitalia. Although it never raced, it proved the design team was still intact and the equal of any in the world.

Porsche's post-war fortune was bolstered by royalty fees received for every single VW Beetle made as well as the accumulated rent due from the US forces that had occupied the Stuttgart-Zuffenhausen premises. This ensured there was sufficient capital to launch the first production car. the 356. Although demand outstripped resources, there were many drivers who were able to put the design to the test in competition and it was a 356 that lined up for the 1951 Le Mans race. This was to be the start of a long and exciting venture into motorsport which continues to the present day.

Here, internationally acknowledged Porsche expert Peter Morgan takes 12 pivotal cars from the past 50 years to form a unique record which mirrors the spectacular evolution of motor racing itself.

Illustrated with period photographs and specially commissioned colour artwork, the story follows the development of the racing Porsches, revealing the personalities involved. the changing circuits and the ever-advancing technology. Porsche's racing heritage is so interwoven with the company's culture that every car produced. whether for road or track, has a charisma unmatched by any other manufacturer.

MSRP:
Now: $59.99
Was:
By: Dean Batchelor, Randy Leffingwell . Description Fromthe first 356 through the sophisticated 959 and its derivative Carrera 4 and 911 Turbo S models, each successive Porsche has advanced the...

MSRP:
Now: $99.95
Was:
By: Tim Upietz, Ulrich Upietz . In 2008 eight RS Spyders were racing all over the world. After the opening round of the American Le Mans Series, teams and fans could look forward to a great season...

MSRP:
Now: $49.99
Was:
Published by Motorbooks, authored by Peter Morgan, ISBN 9780760342619 For over 75 years, the automotive legacy of Ferdinand Porsche and his son Ferry has inspired countless gearheads and...

MSRP:
Now: $59.95
Was:
By: Porsche Museum . Description Smart design solutions, pioneering technology and classic vehicles all come together at the new Porsche Museum at Stuttgart-Zuffenhausen. Housed at Porsche's...