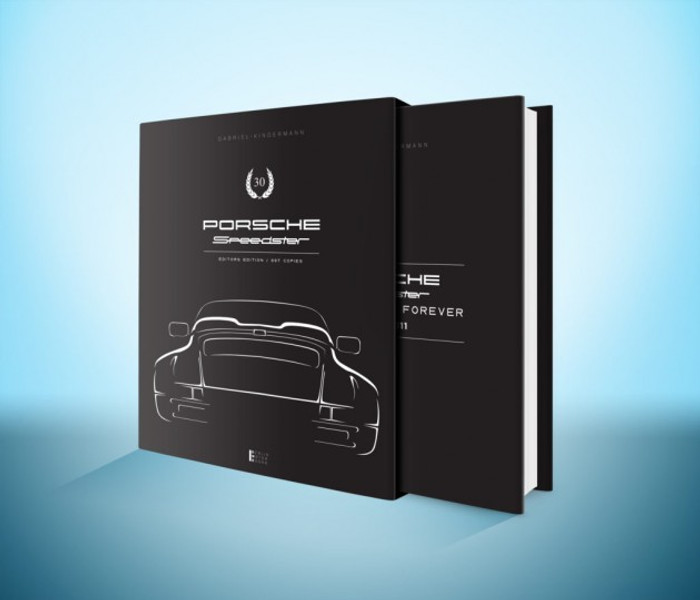 Limited print run of 2017 copies worldwide: On the occasion of the 30th birthday of the Porsche 911 Speedster, Andreas Gabriel embarked on a journey to fathom the last secrets surrounding this legendary vehicle.Why was the 911 Speedster presented at the Frankfurt Motor Show in 1987 with a slimline body when it could only be ordered in the Turbo look? Why was the successor model, the 964 Speedster, then only available in the slimline version after customers had already become accustomed to the Turbo look? Why was an official Speedster version of the last air-cooled Porsche 911, the 993, never built? On his quest for answers to these questions, he visited Porsche veteran Herbert Linge and talked to all the project managers for the previous 911 Speedster series.

MSRP:
Now: EUR63.80
Was:
By: Tim Upietz, Ulrich Upietz . In 2008 eight RS Spyders were racing all over the world. After the opening round of the American Le Mans Series, teams and fans could look forward to a great season...

MSRP:
Now: EUR38.27
Was:
By: Porsche Museum . Description Smart design solutions, pioneering technology and classic vehicles all come together at the new Porsche Museum at Stuttgart-Zuffenhausen. Housed at Porsche's...

MSRP:
Now: EUR31.88
Was:
By: Porsche Museum . Women and their Porsche sports cars Since the beginnings the Porsche brand, it has not only been men who accompanied and substantiated the automobile manufacturer’s fame...