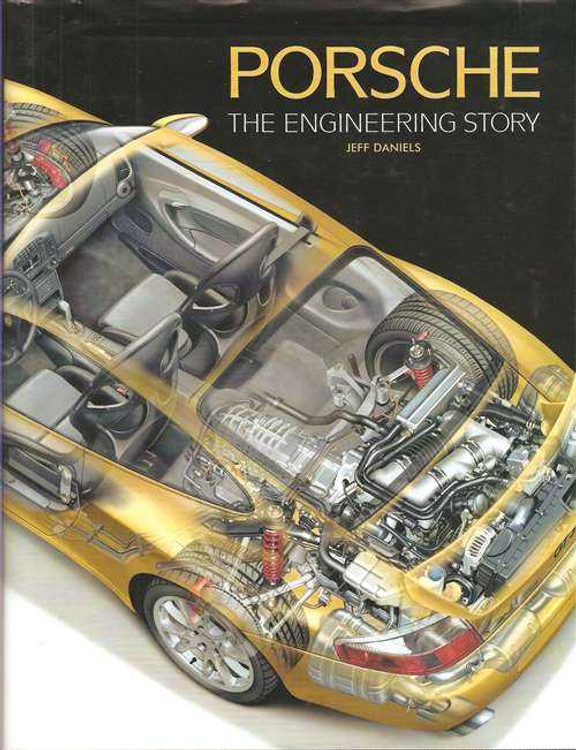 Today, Porsche is a household name, a by-word for performance combined with luxury and reliability, and known above all for one product, the 911. Yet the company was founded by an engineering genius born in the 19th century, who worked for all manner of people before founding his own consultancy in the 19305 — and who died in 1951 before the first product of his fledgling manufacturing company was properly in production.

The engineering story of those early years, and the remarkable tale of Porsche's subsequent survival and growth, is set out in this book, which explains not only what happened, but why it happened — the reasons behind each technical decision. Sometimes it was force of circumstance, sometimes it was a brave technical choice (and not always the right one; Porsche has seen its trials and tribulations). It is a tale with many turnings: the Porsche story is much more than the story of the 911, even though that model runs like a thread through much of the company's history.

This book traces the thread, the way in which the 911 became "a triumph of development over design" and in which there has been not just one 911, but many. Beyond that it looks at Porsche's other projects, at a multitude of different cars and even aero engines.

Jeff Daniels, an aeronautical engineer by training, drove his first Porsche 911 in 1967 and has driven virtually every model to appear since, road- testing several of them when he was Technical Editor of Autocar. He has visited the company, spoken with many of its managers and top engineers, and driven on its Weissach test track — all essential ingredients to the writing of this book. He continues to write about the motor industry, in books (including the companion Jaguar — the Engineering Story, also published by Haynes), and in articles for a range of engineering and consumer magazines.

MSRP:
Now: $99.95
Was:
By: David Vivian . 2nd hand book in good condition The Porsche 911 is probably the most famous sports car in the world. It is certainly one of the toughest and most durable - a veteran of more than...

MSRP:
Now: $89.95
Was:
By: Tony Dron . When Porsche was establishing its reputation two generations ago, this celebrated company forced the world to think again about the very meaning of the term 'sports car'. Looking...

MSRP:
Now: $199.95
Was:
By: Gordon Wingrove . Hailed by many as the greatest racing car of all time, the 917 story is packed with superlatives. It began with an incredible display of 25 complete cars to achieve...