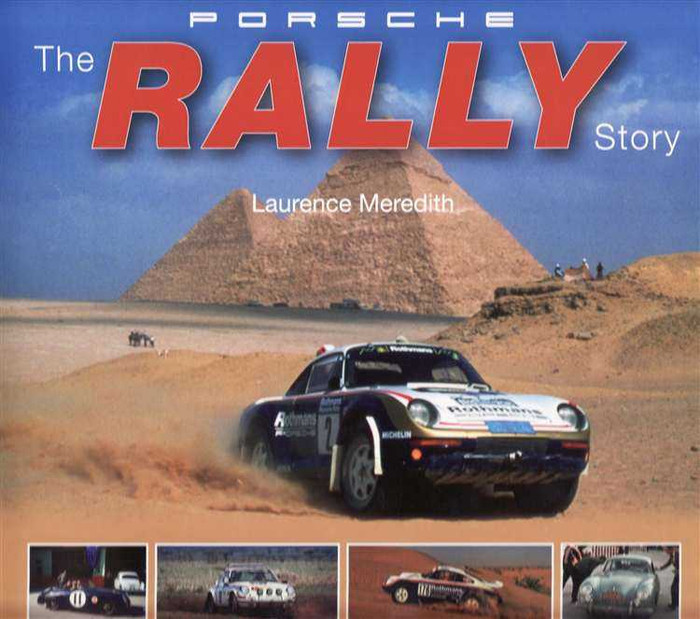 From the company's earliest days in the 1930s, the book gives a brief history of the glorious Auto-Union Grand Prix cars designed by Prof Porsche before detailing the miseries and triumphs of the company in the aftermath of war. Throughout the late 1940s and early 1950s, Porsche struggled to survive, but unshakeable faith in the design of the 356 led to success in both circuit racing and rallying. The majority of rallying successes during the 1950s were largely achieved by privateers, without help from the factory. Ferry Porsche in particular considered it more important to build racing cars for circuit events, while wealthy enthusiasts clearly enjoyed proving the true versatility of these VW-derived cars by using them in international rallying. With the advent of the 911 in 1964, Porsche had produced a car with the potential to win sporting events at all levels, but it took until 1967 for this to be demonstrated. With its superior traction on slippery surfaces the 911 would go on to win the Monte Carlo Rally, and other significant international events, many times, while at the same time taking class honours in the Targa Florio, Le Mans 24 Hours and other great classics. In the 1970s, when it seemed that more sophisticated rivals would bury the 911's rallying career for ever, the car made several comebacks, even winning the Paris-Dakar Raid in the 1980s. The 911's sporting record speaks for itself, and demonstrates that the car designed by Butzi Porsche - work began on the project as early as 1959 - is the finest and most versatile of all sports cars.

Meredith's book is written with affection, appreciation and authority - and criticism where it is due - and will make an invaluable addition to any rallying or Porsche enthusiast's library.

MSRP:
Now: $99.95
Was:
By: David Vivian . 2nd hand book in good condition The Porsche 911 is probably the most famous sports car in the world. It is certainly one of the toughest and most durable - a veteran of more than...

MSRP:
Now: $199.95
Was:
By: Gordon Wingrove . Hailed by many as the greatest racing car of all time, the 917 story is packed with superlatives. It began with an incredible display of 25 complete cars to achieve...