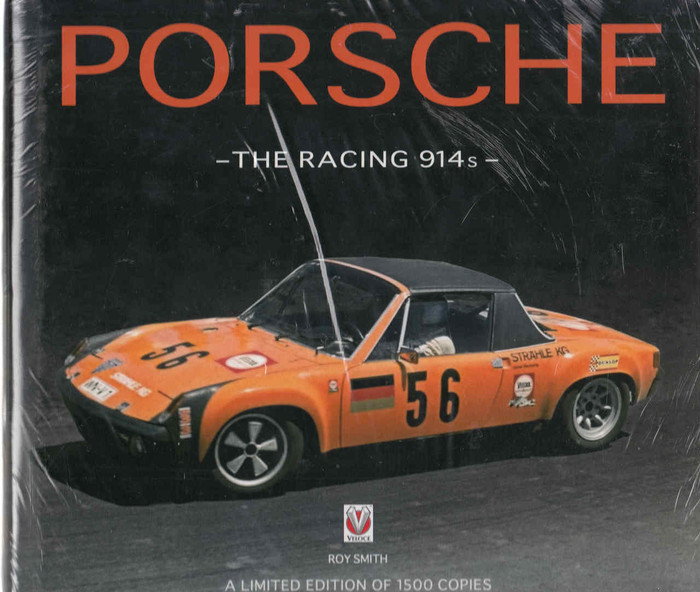 There are those still today who see the Porsche 914 model as a funny little car, compared to the immortal 911. Granted, in its day professional Rally drivers were not keen on the 914: they were nervous driving it at the limit.

Yet the records show that 914s were driven to at least 41 class wins, and at least 71 positions on the other two steps of the podium in Regional, National, and International Rallies. Racing on the circuits of Europe, 914s came home first in their class, and even took overall victory many times.

In the USA, in IMSA GTU championship, in nationals, and internationals, it was the same story and that s not counting the multitude of SCCA regional races. The 914 first raced in 1970 ... the last? Who knows: even now they re still used in the USA s SCCA GT classes.

'Porsche the Racing 914s' is a study in pictures, statistics, factory information, and interviews, that will show the Porsche 914 in a whole new light.

MSRP:
Now: $59.95
Was:
By: Brooklands Books . A portfolio of international reports drawn from three continents covering the Porsche 914 and 914/6. Featured are road and comparison tests, new model introductions and...

MSRP:
Now: $99.95
Was:
By: Brian Long . Launched in 1969, the 914 series went through many problems and many changes before production came to an end in 1976. It was constantly improved during its short life, but time...

Porsche: The Man and His Cars by Richard Von Frankenberg

Porsche: The man and his cars (1965, by Richard Frankenberg)