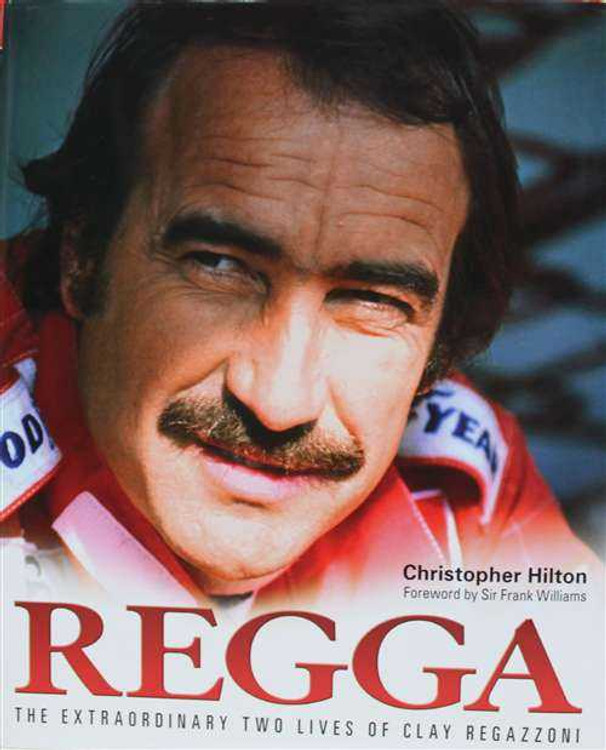 Clay Regazzoni lived one extraordinarily full life and then, through tragedy, lived another one, equally packed.

The first was as a Grand Prix legend, Ferrari icon, bon viveur, womaniser and hooligan – conforming, as fellow driver John Watson says, to everyone's inner desires of what a racing driver should really be.

The second was as a survivor trapped in a wheelchair, facing down depression to become an icon of a completely different kind, inspiring the disabled, still fascinating women, and taking part in some of the most dangerous rallies in the world – at racing speed.

This extensive biography tells his story for the first time in English, through the memories of those who lived alongside him, drove with him and drove against him. It describes his modest beginnings in Switzerland, the dangerous days in the lesser formulae (he had a frightening reputation), his move to Formula 1, an impossibly emotional win for Ferrari at Monza in 1970, feuds and friendships with Niki Lauda, and giving the Williams team their maiden Grand Prix victory at the 1979 British Grand Prix.

In 1980 he crashed at Long Beach, breaking his back.

If you are a Formula 1 follower and wonder what happened to Regga after Long Beach, here it all is, including starting a driving school for the disabled and rallying on six continents, battling the harsh Paris-Dakar rally in a lorry. In his spare time, driving a hand-controlled Ferrari, he conducted open warfare with the police on Italy's autostrada – and sometimes won.

Here is the man also seen through intimate glimpses of him at home by his son Gian Maria and long-time partner Maddelena Mantegazzi, and they reveal the ultimate twist. What he treasured most were the simple things. And speed.

MSRP:
Now: $99.95
Was:
By: Paul Kenny . Charles Amherst Villiers was born into the British aristocracy, a scion of the houses of Clarendon, Marlborough and Wimborne. By applying lessons learned in the famous workshops of...

Burning Rubber - The Extraordinary Story of Formula One

MSRP:
Now: $89.95
Was:
By: Charles Jennings . Formula One has been thrilling its fans, and annoying its critics, ever since its inaugural season of 1950. In Burning Rubber, Charles Jennings tells the fast and furious tale...

MSRP:
Now: $49.95
Was:
a book by Norbert Nettekoven, Hardcover, published in 2018, 144 pages The VW camper van has been a cult classic for decades and has a broad fanbase all around the world. But Norbert Nettekoven is not...

MSRP:
Now: $89.95
Was:
By: James Taylor . Description The original Range Rover changed the face of the Land Rover marque forever when it was introduced in 1970. Land Rovers had always been working vehicles, with few...

MSRP:
Now: $29.95
Was:
By: Pedr Davis . Description During six decades of motor journalism, Pedr Davis knew Stirling Moss when he was a tyro, wrote articles for Jack Brabham and was chauffeured at high speed by...

MSRP:
Now: $66.95
Was:
By: Dave Pollard . Covers the first-generation vehicles, 1970-1996. Foreword by Charlie Thorn, editor of the Range Rover Register Review. With the aid of more than 900 step-by-step illustrations and...