Road Racer - It's in My Blood (Michael Dunlop) 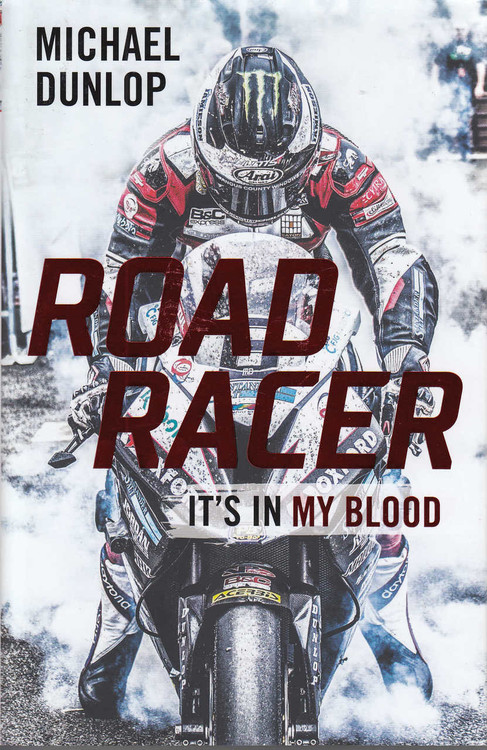 Road Racer - It's in My Blood (Michael Dunlop)

Michael Dunlop was born to ride a motorcycle.

The fastest man on two wheels, with a reputation as the wild man of the road, Michael has chalked up a grand total of thirteen Isle of Man TT victories and shows no sign that his hunger for winning is sated. Son of Robert Dunlop, nephew of the great Joey Dunlop, racing bikes is all he's ever known.

But while his sport has brought him great joys, and triumphs few could dream of, it also took the lives of his father and uncle. You'd forgive him for turning his back on bikes, and the road, for good. But Michael Dunlop is not that sort of man. His grit and his indomitable will to succeed saw him return the Dunlop name to the top, at the infamous Isle of Man TT, where in 2016 Michael broke the all-time lap and race records on his way to claiming that thirteenth TT trophy.

For the first time Michael tells the story of the Dunlops, road racing's legendary dynasty, revealing the human tale behind the wins and the records. Through Joey's passing in 2000, the young Michael's early difficulties on the bikes, his father's shocking death in 2008, what it was like growing up as a Dunlop, and how that shaped him into the rider he is today, Michael shows us how his ferocious desire to ride never faltered. After all, he's a Dunlop, and road racing is in his blood.

MSRP:
Now: $89.95
Was:
By: Ray Knight . Born on the 25th February 1952 in the town of Ballymoney, Co. Antrim. Northern Ireland, William Joseph Dunlop OBE. MBE, was never a public figure figure in the mould of modern media...

MSRP:
Now: $149.95
Was:
By: Bill Lomas . Bill's own story covers the Golden Years of road racing, taking in the Continental Grands Prix, the TT and a winter season in Australia. By the time he retired in 1958, he had two...

MSRP:
Now: $39.95
Was:
By: David F. Hutchings, Richard de Kerbrech . Book Description An insight into the design, construction and operation of the most famous passenger ship of all time. Titanic - the second of the...