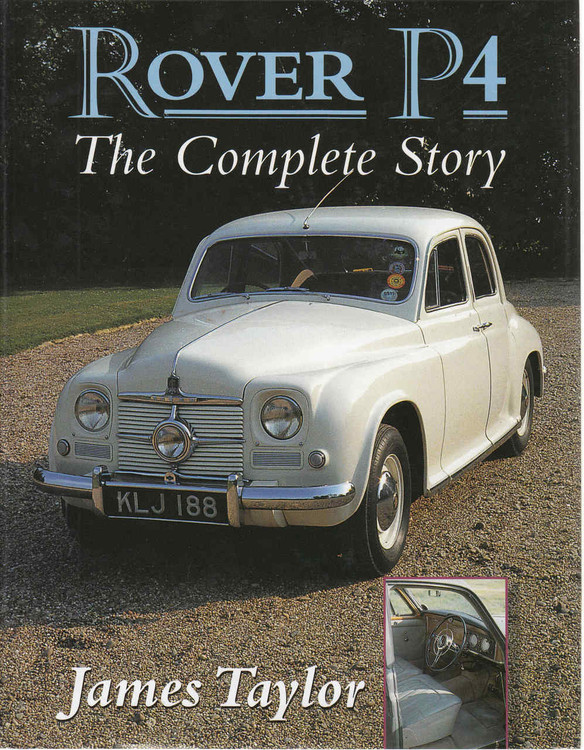 Athough introduced in 1949, the origins of the P4 go back to the late thirties, when Rover engineers began work on a number of new features to be incorporated into forthcoming models.The Second World War intervened, and Rover production was halted in May 1940. In the immediate postwar era, Rover began work on various models, but it took time before they were satisfied they had created a new model worthy of the marque and sufficiently modern to enjoy a long production life.

The first P4 — the 'Cyclops' 75 — had something of an inauspicious launch: Rovers had always appealed to the more conservative buyer, but the new car's American-influenced styling was not universally well received. Furthermore, the UK car market in 1949 had not returned to normal. Petrol was still rationed and the government's export drive resulted in a shortage of new cars for the home market. However, demand for the car was strong, especially in the Commonwealth countries, and it was favourably reviewed. By the time the revised 75 was introduced in 1952 the car's reputation was firmly established. Over its fifteen-year production span, around 130,000 examples of the P4 model were built.

Here, Rover expert James Taylor tells the complete story: from the P4's initial design and introduction, through all the developments and model changes until it was phased out in 1964. Included are specifications, production numbers, chassis numbers, and paint and trim colours.

With additional features on relevant personalities and associated background stories, and illustrated throughout with archive and specially commissioned photographs, this is essential reading for anybody interested in these quintessential British luxury saloons.

James Taylor is a motoring historian and writer with more than forty books to his credit. He also writes for specialist magazines both in Britain and overseas, covering the whole motoring spectrum from classic cars to current models. However, the products of
the Rover company have always been his first love and major specialization.

He has owned and run many Rovers, including two P4s, and his other books include Rover P5 and P5B, also in the Crowood AutoClassic series.

MSRP:
Now: $79.95
Was:
Author: Iain Ayre, Rob, Hawkins, paperback published in 2018, 176 pages Getting a Rover K-Series engine properly up and running can be a difficult task, but ultimately the result is always worthwhile...