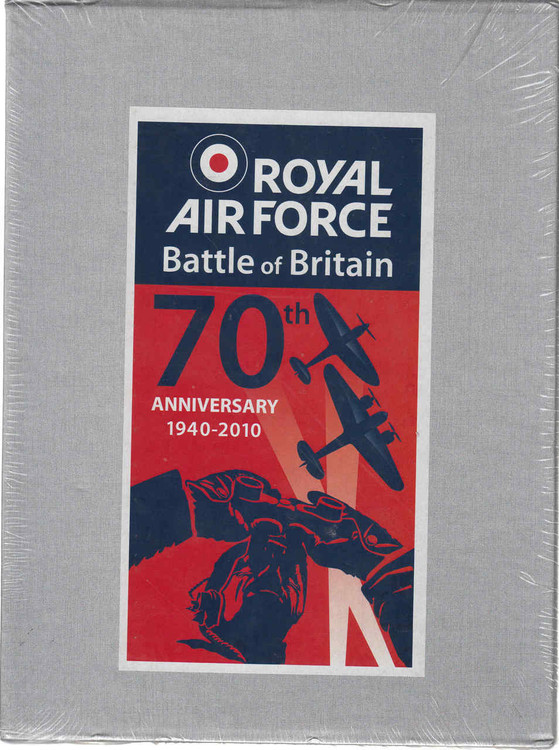 This unique boxed set of Haynes aircraft manuals has been produced to mark the 70th anniversary of the Battle of Britain.

When the RAF and Luftwaffe clashed over southern England in the summer of 1940, three iconic fighter aircraft locked horns in mortal combat: they were the Supermarine Spitfire and Hawker Hurricane of the RAF, and the Luftwaffe's Messerschmitt Bf109.

--Great air battles continued to rage into the autumn months, by which time RAF Fighter Command had beaten the Luftwaffe into retreat. Hitler's invasion plans for Britain were postponed indefinitely.

The Battle of Britain has become part of our national story while the Spitfires, Hurricanes and Messerschmitts have long since flown into legend.

Inside this commemorative boxed set you can read  all about three of the greatest fighter aircraft of the 20th century that made world history in 1940.

The Battle of Britain - Then and Now Mk V

MSRP:
Now: $179.95
Was:
This book epitomizes the entire "After The Battle" experience. Meticulously put together to commemorate the 40th Anniversary of the Battle Of Britain, this tome is arguably the best single source of...

The Second James Flood Book of Early Motoring (in Slipcase)

MSRP:
Now: $99.99
Was:
By: Bo Bertilsson . What began more than fifty years ago with Andy Brizio has become, over two generations, the shop that has defined modern hot rodding: Roy Brizio Street Rods. With winners at the...