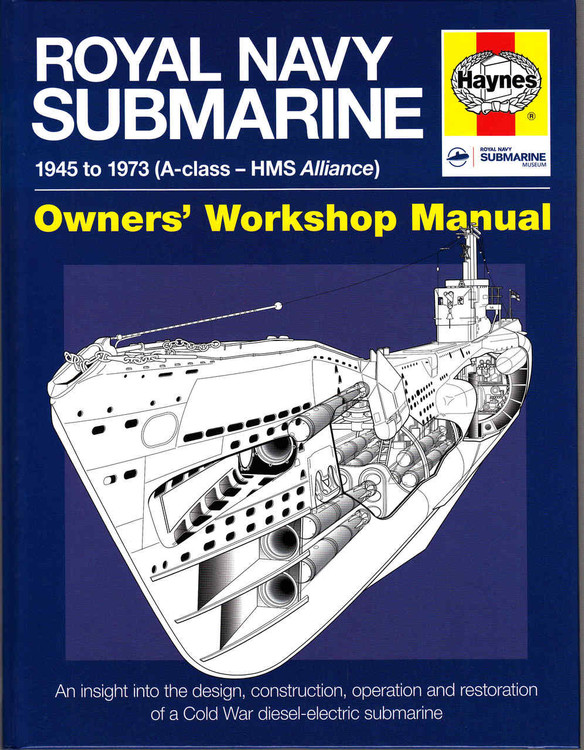 - an insight into the design, construction, operation and restoration of a Cold War diesel-electric submarine

Launched in 1945 and commissioned two years later, the diesel-electric submarine HMS Alliance was built for service with the Royal Navy in the Far East. Affiance had a long and distinguished career spanning more than 28 years that took her all over the world. Today, fully restored, she is the centrepiece at the Royal Navy Submarine Museum, Gosport, where the submarine experience is brought to life by tours around the boat.

Maritime historian Peter Goodwin - who is also a former Royal Navy submariner - gives Affiance the Haynes manual treatment, examining in detail her design, construction, operational use and subsequent restoration. Published in association with the Royal Navy Submarine Museum, the author has been given full access to Affiance before, during and after her restoration, which has enabled him to give readers unprecedented insights into what it was like to live, work and go to sea on active service in a Cold War submarine.

Peter Goodwin, MPhil, lEng, MarEST, MRINA, followed a long career in marine engineering in the Royal Navy. He served in surface ships HMS Hermes and Manxman before volunteering into the Submarine Service, serving briefly on the A-class boat HMS Acheron before transferring into R-class SSBN nuclear submarines. After working as a consultant design engineer he graduated at the University of St Andrews. As a widely published authority on 18th century warship construction, rigging and ordnance he was Keeper and Curator of HMS Victory for 20 years. He is author of the Haynes HMS Victory Manual. Living in Hampshire, Peter now works as a private historical consultant.

MSRP:
Now: $49.95
Was:
By: Stephen Slater . This owners workshop manual  is an insight into owning, flying and maintaining the legendary British training biplane. Havilland Tiger Moth Introduction The de...

MSRP:
Now: $49.95
Was:
DOUGLAS A-1 SKYRAIDER MANUAL The Douglas Skyraider enjoyed a long and successful combat career with the US Navy and US Marine Corps flying off aircraft carriers in the Korean War...