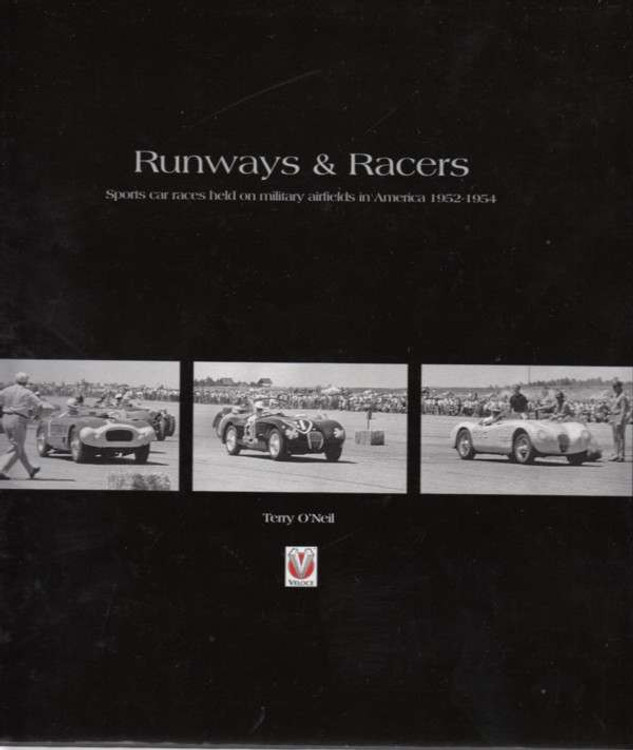 Runways and Racers concentrates on the short transitional period, 1952-1954, for sports car racing in America following the ban on public road racing in many of the States. The ban left the rapidly expanding Sports Car Club of America with a problem: where to hold races. At precisely the same time, Curtis LeMay, head of Strategic Air Command, was having problems obtaining funds from Congress to improve conditions on the many air bases located around the country. The solution was a marriage of convenience, whereby the SCCA was allowed access to active SAC air bases to hold its race programmes. In return, the SAC base would receive the net profits from the event, which would be put into the Airmen’s Living Improvement Fund. As a result of some initial financial success for the SAC bases, the scheme was also adopted by non-SAC bases together with regional clubs, with the same agreement in place.

Complaints from airmen alerted Congressman Errett Scrivner to potential irregularities, and he ordered an audit to be conducted to ascertain precisely what it was costing the air bases to host the races. His findings led to the cessation of the races, ordered by Congress.
The product of a long period of extensive research by the author, this book gives a fascinating insight into this two-year period, complemented by over 150 period pictures, many previously unpublished.

MSRP:
Now: $199.95
Was:
By: J.D. Alderson, Chris Chapman . This book covers that exciting period when it was possible to buy a Morgan from the showroom, use it for commuting all week, and then compete with it in motor sport...

MSRP:
Now: $69.95
Was:
By: Brooklands Books . We report on one of the most charismatic family of sports racing cars that began with the Porsche Type 550, were powered by air-cooled 4 of 6 cylinder boxer engines and eigned...