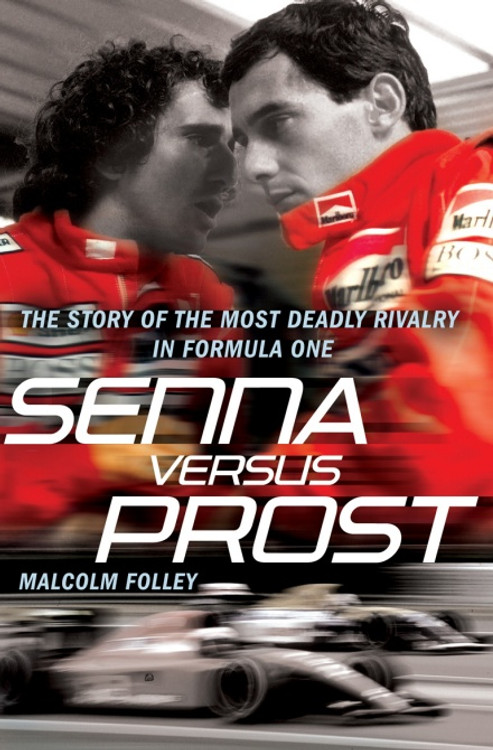 In the late eighties and early nineties, Formula One was at its most explosive, with thrilling races, charismatic drivers, nail-biting climaxes - and the most deadly rivalry ever witnessed in sport. Two of Formula One's most honoured champions and iconic figures drove together for McLaren for two seasons, and their acrimonious and hostile relationship extended even after one of them had left the team.

AYRTON SENNA, the mercurial kid from a privileged background in Sao Paolo who would become the most intense and ruthless racing driver the world has ever seen.

It was a story that would have a tragic ending.

As the great rivals raced to victory, their relationship deteriorated badly, beginning with the breaking of a gentleman's agreement, and public spats followed, culminating in Prost accusing Senna of deliberately trying to ride him off the circuit, and fearful that the Brazilian would get someone killed with his daring overtaking feats. And the final, sad act of this drama happened at the San Marino Grand prix at Imola in May 1994, when Senna was killed.

Burning Rubber - The Extraordinary Story of Formula One

MSRP:
Now: $89.95
Was:
By: Charles Jennings . Formula One has been thrilling its fans, and annoying its critics, ever since its inaugural season of 1950. In Burning Rubber, Charles Jennings tells the fast and furious tale...

The Power and The Glory (David Sedgwick)

MSRP:
Now: $20.00
Was:
Cavallino The Journal Of Ferrari History Number 232 Aug 2019 / Sep 2019 The most enduring and collectable journal on Ferrari in the market for well over three decades !

Mount Panorama - Bathurst - the stories behind the legend (John Smailes)

MSRP:
Now: $32.99
Was:
Mount Panorama is Australia's greatest motor racing circuit. These are the stories behind the legend. There's no other motor-racing circuit in Australia that holds the same magic as...

MSRP:
Now: $160.00
Was:
In this updated edition of the original In Camera volume covering the 1960s the world of sports-car racing springs to life through stunning full-colour period photography. From the harsh concrete of...