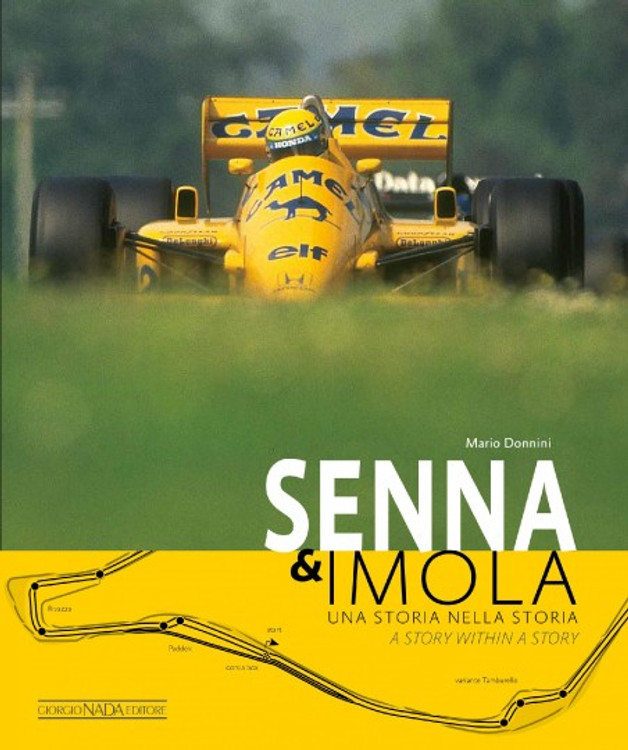 The first title in a series born of collaboration between Giorgio Nada Editore and the Imola Autodrome, which will see a series of books appear over time, devoted to the Italian track. This bi-lingual book has as the object the story of Ayrton at Imola, a circuit at which the Brazilian competed from 1984 to 1994, winning on three occasions and starting from pole eight times. The volume closes with a section on the three days there from 1-3 May 2014 that took place to mark the 20th anniversary of Ayrton's death, commemorated on the Imola track. The next title in the series is to be devoted to Gilles Villeneuve