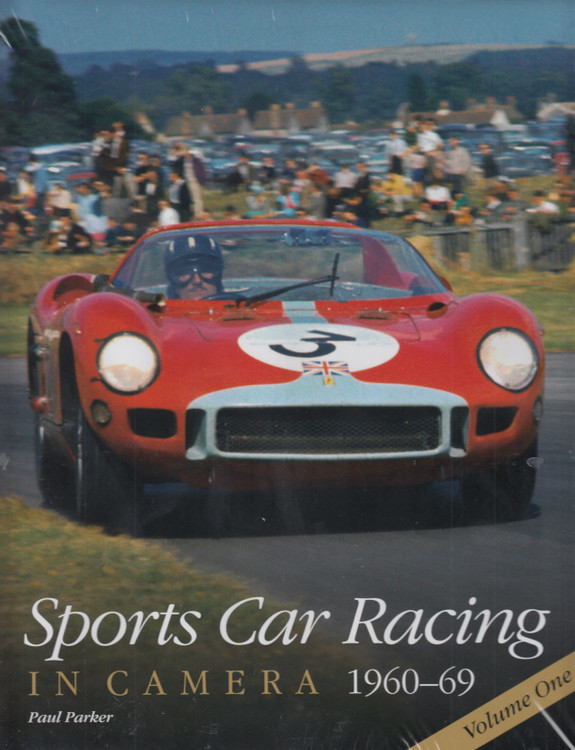 In this updated edition of the original In Camera volume covering the 1960s the world of sports-car racing springs to life through stunning full-colour period photography. From the harsh concrete of Sebring, the treacherous Sicilian country roads of the Targa Florio, the infinite corners, hidden apexes and never-ending crests of the Nurburgring, the banked Daytona and frightening Monza bowl and the aircraft velocities of Spa, Le Mans and Reims, all had to be overcome.

Sports-car racing in the 1960s was a grand adventure involving very powerful and relatively crude cars racing at challenging circuits. The period started with the iconic Ferrari Testa Rossas and the unique 'Birdcage' Maseratis, and also saw the dying days of Aston Martin and Jaguar. Ferrari, partly due to their extensive experience of sports-car racing, dominated the races until the mid-1960s, when Ford appeared and upset the status quo – although Ford was more concerned with winning Le Mans rather than championships. The smaller sports-car class was virtually a monopoly for Porsche, who occasionally beat all comers in the slower races. With the advent of rule changes for 1968, Porsche would become the fastest and most persistent winners (after taking an unexpected beating from the John Wyer Ford GT40s), and the German manufacturer unleashed the fearsome 917 at the close of the decade.

The 1960s also featured a multitudinous cast of non-factory teams and professional privateers in a huge selection of machinery. Even more numerous were the legions of drivers of all nationalities who graced a typical grid.

This book captures every aspect of the period. Its carefully researched period photographs – many of them previously unpublished – are brought to life through the author's detailed and atmospheric commentary to create a visually stunning, highly nostalgic record of this dramatic decade.

MSRP:
Now: $149.95
Was:
By: Paul Parker . The evocative era portrayed in this beautifully presented, full-colour photographic book belonged to Ferrari, Ford and Porsche, with occasional intervention from Maserati, Aston...

MSRP:
Now: $149.95
Was:
By: Paul Parker . The evocative era portrayed in this beautifully presented, full-colour photographic book belonged to Ferrari, Ford and Porsche, with occasional intervention from Maserati, Aston...

Mount Panorama - Bathurst - the stories behind the legend (John Smailes)

MSRP:
Now: $32.99
Was:
Mount Panorama is Australia's greatest motor racing circuit. These are the stories behind the legend. There's no other motor-racing circuit in Australia that holds the same magic as...

MSRP:
Now: $39.95
Was:
In the late eighties and early nineties, Formula One was at its most explosive, with thrilling races, charismatic drivers, nail-biting climaxes - and the most deadly rivalry ever witnessed in sport...

MSRP:
Now: $20.00
Was:
Cavallino The Journal Of Ferrari History Number 232 Aug 2019 / Sep 2019 The most enduring and collectable journal on Ferrari in the market for well over three decades !