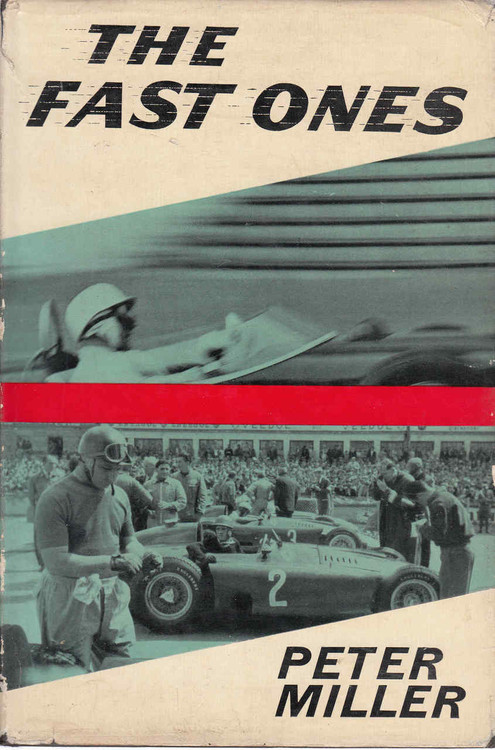 Many books have been written about motor racing by famous drivers, team managers, mechanics and journalists. Each one has contributed something extra to describe the fascinating sport which carries on despite tragedies and deaths. For when the faint-hearted call 'enough' there are many others willing to close the ranks. And yet motor racing has its lighter side, when everything goes well and drivers are relaxed.

In this book Peter Miller brings a fresh approach and tells the inside story of races all over the world, from both behind the wheel and the pit counter. He recalls the stark terror of the ill-fated 1955 Le Mans race in France when 81 people were killed in front of his eyes and gives some new evidence which absolves the late Mike Hawthorn from blame for the accident which led to tragedy.

Peter Miller spent some years in the competition department of Rootes and went on to become assistant racing manager of the Aston Martin team during their world-wide chase for the sports car manufacturers' championship. His story from the ringside brings the reader into intimate contact with the motor racing scene and 'The Fast Ones' who dedicate, and sometimes give, their lives to the sport they love.

MSRP:
Now: $89.95
Was:
By: Colin Fulton, Terry Russell . 2nd hand book in excellent like new condition The amazing story of a legend's rise to fame A dramatic look at Peter Brock's life - in particular the period...

MSRP:
Now: $150.00
Was:
By: Mat Oxley . Mat Oxley has been working the Grand Prix scene since the late 1980s. Often irreverent, occasionally hilarious, he is MotoGP's gonzo journo, always shooting from the hip, always...

MSRP:
Now: $150.00
Was:
By: Mat Oxley . Mat Oxley has been working the Grand Prix scene since the late 1980s. Often irreverent, occasionally hilarious, he is MotoGP's gonzo journo, always shooting from the hip, always...

The Complete Route 66 Lost and Found

The Fords - An American Epic