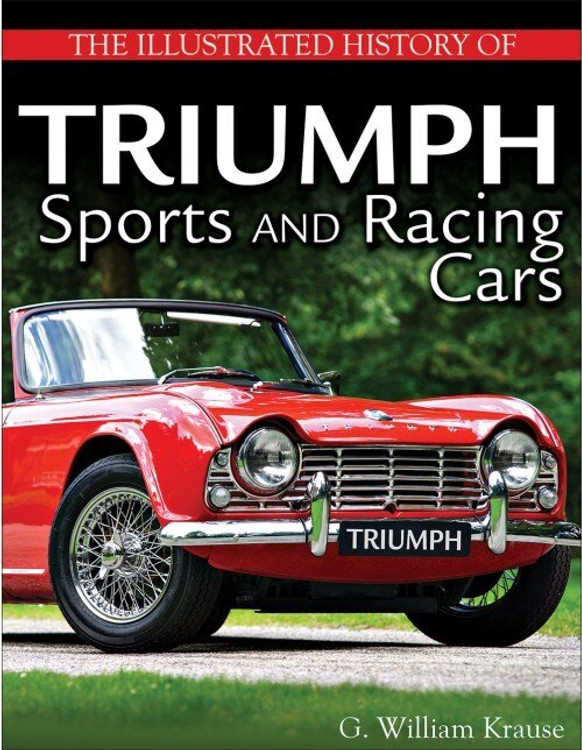 From the first TR2 to the last TR8, Triumph defined the British sports car market. The handsome, sometimes brutish TRs and smaller Spitfire and GT-6 cousins led the way with performance and racing pedigrees at an affordable price. Unfortunately, Triumph's road to success was littered with financial potholes that led to many missed opportunities and ultimately its demise. Whichever models or eras you like, you're sure to find something new and interesting here.

The Triumph Motor Company is known around the world for its iconic sports cars. The hugely popular TR series, Spitfires, and GT-6s represent the quintessential British sports car; rugged good looks were combined with performance and economy at a price everyone could afford. These sports cars are always in demand and prized by British car collectors, racers, and open-air motoring enthusiasts. Triumph understood the connection between competition success and sales success and was able to parlay rally and road racing wins into the best-selling sports cars in the world, particularly in the United States during the 1950s and 1960s. The Works competition cars notched victories at Le Mans, Sebring, the Monte Carlo rally, and many others and inspired privateers to take their cars to the track. Every model came from a bloodline of racing.

In The Illustrated History of Triumph Sports and Racing Cars, Triumph historian G. William Krause reviews every model in the sports car lineup. He covers the history, design evolution, and performance specifications from the first sports cars in the 1930s through the final cars built in 1981. Throughout Triumph's history a number of pivotal moments could have significantly changed the company's fortunes. This book also looks at the "what if" cars that never made it into production, including photos.

Although they have not been built for more than three decades, their mark on sports car history is undeniable. Whether you're a fan of the spartan brutes of the 1950s or the refined comfort and performance of the last TRs, you will find the backstory of your favorites here.

MSRP:
Now: $99.95
Was:
By: Peter Browning . This is the story of how the famous BMC Competitions Department at Abingdon developed the Mini into a world- beating rally and race winner during the 1960s. The evolution of...