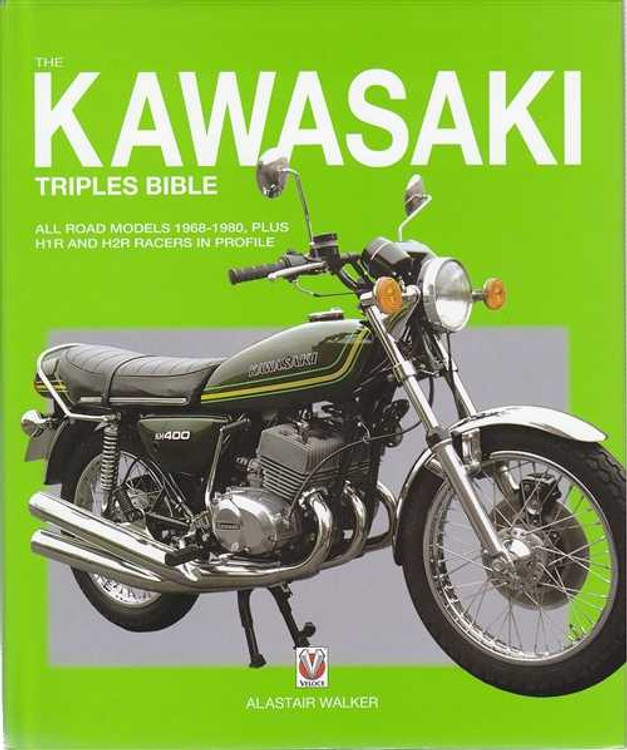 Illustrated with hundreds of archive photographs and period adverts, the book features personal memories from those who raced the H1R 500 and H2R machines in Europe and the USA, as well as road riders who owned the triples back in the '70s. There are technical tips and advice from experienced Kawasaki triple enthusiasts and club members worldwide, plus information from some early dealers in the Kawasaki marque. The book also contains useful advice on spares availability, tuning, future market values, etc, and captures the essence of what made the Kawasaki triples the most rebellious, kick-ass two-strokes of their time.

Alastair Walker has been a Kawasaki triples fan since his teens, and has owned both the KH250 and KH400 models, the 400 being the only motorcycle he has bought brand-new in over 30 years on bikes.
A freelance motorcycle journalist since the 1980s, Alastair has edited magazines such as Biker and insidebikes.com in the UK, and contributed over 1500 features to various magazines across the world, including Motor Cycle News, Classic Bike Guide, Motorcycle Mechanics, Moto 73, and Cycle World. He also has a weekly column in the Manchester Evening News, and has seen work published in Sports Car Market and Classic Car Weekly.