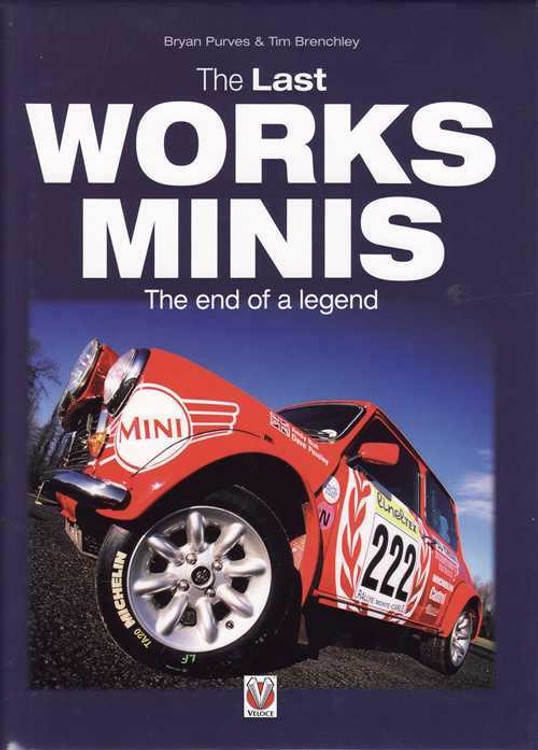 The Mini, the car of the 20th century and still in motorsport in 1997, 35 years after its 1st event. This is it's story. In the 60's the BMC works teams using Mini's were virtually unstoppable in their quest for recognition in the big world of rallying, they succeeded where others had failed and the BMC works teams were at the time probably the envy of the motorsport world. They introduced to the enthusiast the 'Special Tuning' or 'ST' as it was later known, a range of tuning products that the public could buy and fit to their own cars thus using the very same parts that the works team were using. Sadly the competition department was wound down and the ST finally went the same way in 1980. Imagine the excitement that hit the media when in the Autumn of 1993 Rover officially announced that they would fund the build of several cars to once again campaign the world famous Rallye Monte Carlo. Although they were not 'works'cars, the large contribution of materials and money to the project it was regarded as tantamount to funding a works team, especially when Paddy Hopkirk was named as one of the drivers. It was this that started 4 years of 'Works'backed mini's to varying degrees, culminating in 1996 to a full works backed team of 2 cars and a full campaign of rallies and races for the three years. Typically the Mini of the 90's, similarly to the Mini of the 60's, carried with it a fair degree of controversy. Over the next four years there was plenty of it, with money being diverted by the sponsor from one team to another, one car even being stolen and top rallying stars carrying out secret test sessions, being just a few examples. All of this using cars that were designed way back in the 50's and even still using the same basic design of engine and gearbox against competitors who were using cars designed over thirty years later with modern engines and transmissions.

This book highlights how the use of fuel injection, distributor-less ignition, six speed gearboxes and modern tyres all helped to bring the mighty mini once again to the foreground of modern rallying and racing. In 1996 the 'ST' range of competition parts was re-introduced, with the parts coming from the latest 1996 build of 'works'cars but once again in mid 1997 the project was pulled amid secrecy, sackings and bitter recriminations that even to this day have prevented the authors from being able to speak to those that were involved behind the scenes at the end of the line for the 'Last Works Minis'.

With many unseen photo's of the cars development, copies of Rovers internal documents, copy pages from the road books of top rallies, all of this in colour this book truly brings this previously untold story to life.

MSRP:
Now: $99.95
Was:
By: Peter Browning . This is the story of how the famous BMC Competitions Department at Abingdon developed the Mini into a world- beating rally and race winner during the 1960s. The evolution of the...

MSRP:
Now: $49.95
Was:
By: Ed Watson, Dennis Newlyn . Ed Watson shares the inside story of an American Legend who captured the hearts of auto racing fans not only in his own country, but became a national hero in Australia...

The Little Book Of Porsche