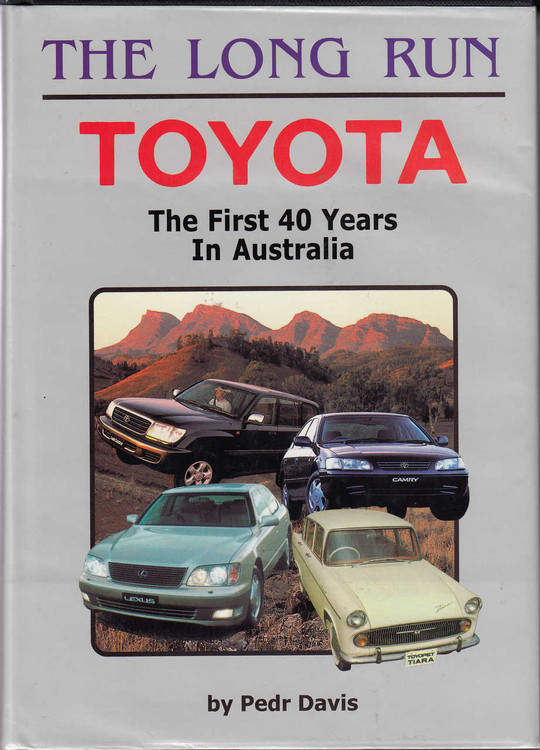 The year 1999 celebrates the fortieth anniversary of Toyota's operations in Australia.

In just four decades, this proud enterprise has grown from a patchwork of import, sales, distribution and assembly activities into a major force in the Australian automotive industry.

In doing so, it has overcome great difficulties, brought forth strong leaders, fostered the talents of a vast number of Australian men and women and contributed to the social and economic development of this great nation.

It has been supported by loyal customers, dealers and suppliers and has earned the commitment of governments, affiliated companies and many other organisations and individuals in Australia and throughout the world.

To them all, we are sincerely grateful.

Over its 40 years Toyota Australia has provided Toyota Motor Corporation with a wealth of overseas experience and wisdom which has been invaluable in developing our extensive operations outside Japan.

Today, Toyota Australia is no longer a local enterprise building cars only for Australians. It is truly an integrated member of our global network, supplying overseas markets as diverse as the Middle East, South-East Asia and Oceania.

As we move into the next millennium, we do so in the confidence that Toyota Australia and its people have built the solid foundations necessary to face the challenges of a dynamic global industry.

We hope the publication of this 40-year history will promote an enhanced understanding of Toyota's development in Australia and a deeper appreciation of its contribution to the nation.

MSRP:
Now: $299.95
Was:
By: Trevor Legate . 2nd hand book in very good condition Description This book tells the complex saga of a sports car that was created in the early 1960s as a result of an unlikely collaboration...

Toyota - A History Of The First 50 Years

The Little Book of Microcars

MSRP:
Now: $29.99
Was:
By: Adam Quellin . Description Often quirky and bizarre, a plethora of small economy cars have emerged since the middle of the twentieth century to meet the needs of the cash-strapped motorist. This...

The Little Book Of Porsche

The Little Book Of John Deere