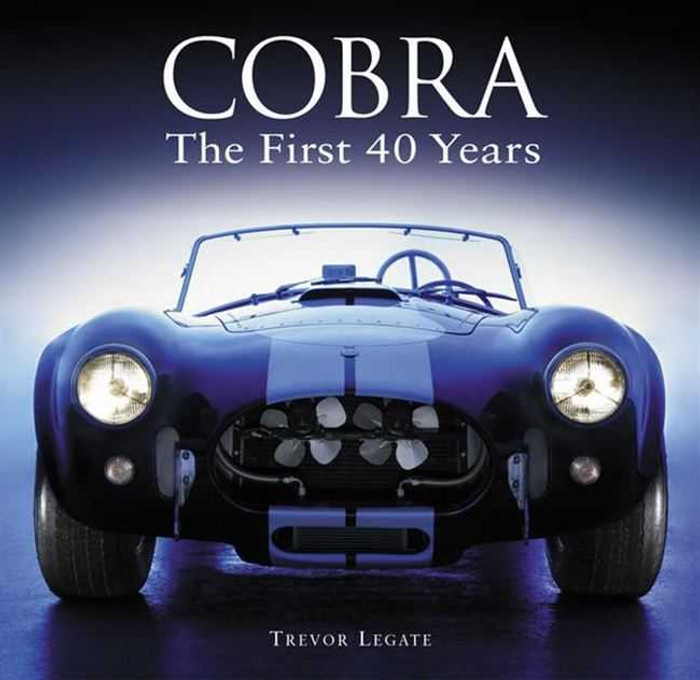 This book tells the complex saga of a sports car that was created in the early 1960s as a result of an unlikely collaboration between a plain-talking ex-racing driver from Texas and a conservative British automobile manufacturer, funded by one of the giants of the industry, the Ford Motor Company.

Carroll Shelby, AC Cars, and Ford came together to create a car called the Cobra, based on the AC Ace roadster that had been in production since 1954. When the Shelby Cobra was created, it was far from state-of-the-art, but the use of a new series of Ford V8 engines saw the lightweight car annihilate the Chevrolet Corvette in American sports car racing. By adding aerodynamic bodywork, the Daytona Cobra Coupes arrived in Europe to contest the FIA World Championship and took victory in the GT category in 1965, making Shelby American the first (and only) USA-based manufacturer to achieve this feat.

In order to capitalize on this success, even greater power was required and the car was developed to take a huge 7-litre engine that proved to be a triumph of horsepower over handling — thus the 427 Cobra became an overnight legend, establishing new performance records and creating a reputation for being more than a little tricky to drive.

The era of the Cobra was brief — production ended at Shelby American during 1966 and at AC Cars in 1968 where they built their own final version, the AC289 Sports. Just over 1000 Cobras were built during that time but the final cars proved difficult to sell, their vintage qualities deterring potential owners. Carroll Shelby closed his company and went to Africa while AC developed other models, but the Cobra was not quite finished yet. Within a matter of a few years, a new market for the car was created as the demand for affordable kit cars grew. The most popular model by far was the Cobra and many thousands were built, with the result that both AC Cars and Carroll Shelby put their own versions back into production. And then the arguments really started...

If it was an improbable car over forty years ago, it is even more implausible today, but the remarkable Cobra, in one form or another, is still with us. It may be dead, but it just won't lie down!

MSRP:
Now: $29.95
Was:
By: Lain Ayre . Description STOP! Don't buy a Cobra replica without buying this book FIRST! Having this book in your pocket is just like having a real marque expert by your side. Benefit from lain...

MSRP:
Now: $69.95
Was:
By: Ken Stepnell . Description This rare collection shows the variety of cars in Australia across all makes — from Dodge to Rolls-Royce, Rover to Chevrolet, Toyota to Ford and of course...