The Ploesti Raid - Through The Lens 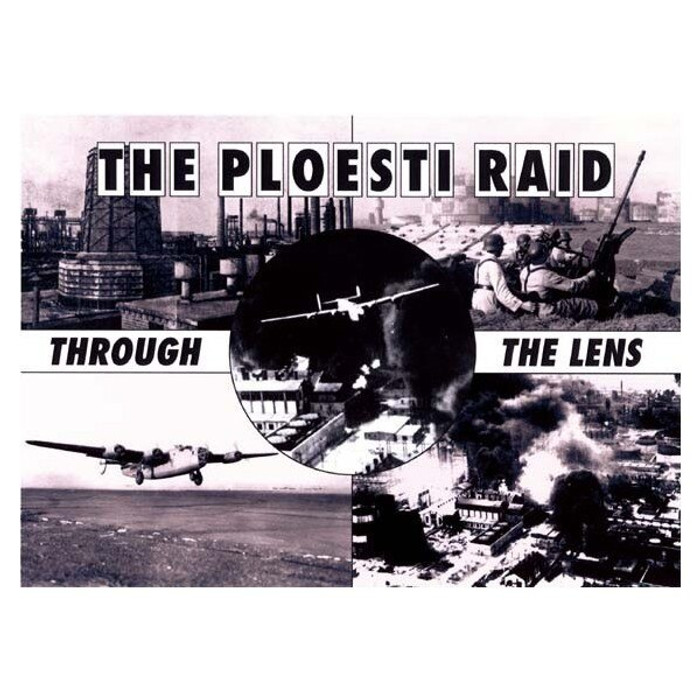 The Ploesti Raid - Through The Lens

Noted aviation historian and regular "After The Battle" author, Roger A Freeman, in this highly-detailed book goes literally behind the lens to bring a fascinating insight into the 1943 Ploesti raid mounted by two inexperienced US Army Air Force Bomb Groups, from the fledgling 9th Air Force and the UK based 8th Air Force.

Dieppe Through The Lens

MSRP:
Now: CAD53.65
Was:
The ill-fated Dieppe raid with special emphasis on the 14th Canadian Army Tank Regiment is dealt with with passion and sensitivity in this small but magnificent tome by noted After The Battle...

The Dams Raid - Through The Lens

MSRP:
Now: CAD85.02
Was:
This unique account of the famous Dams Raid is for the first time told in great detail from the "other side's" viewpoint. Author Helmuth Euler gives an honest evaluation of a famous Allied action and...

MSRP:
Now: CAD98.44
Was:
Author, Philip Vorwald in this brilliant Through The Lens title, goes behind the scenes of the famous Battle Of the Bulge's various battlefields spresd around Belgium, Luxembourgh and Germany. With...

Villers-Bocage - Through The Lens

MSRP:
Now: CAD53.65
Was:
This book takes you to the scene where wartime Germany's foremost tank ace, Michael Wittmann, firmly established his formidable reputation in a series of fierce tank sorties in the general area of...

MSRP:
Now: CAD67.12
Was:
This Book is sourced from archives around the world, a collection of all the most exciting Grand Prix images Formula 1 Grand Prix racing is the ultimate motorsport. The fastest cars, the biggest...

The Racing Driver - The Theory and Practice of Fast Drivers

MSRP:
Now: CAD40.27
Was:
By: Colin Goodwin . Description Filled with vivid race reports, tips on all aspects of fast driving and profiles of legendary racing drivers, cars and 'circuits, The Rocing Driver's Pocket-Book is...

MSRP:
Now: CAD492.20
Was:
By: Jurgen Barth, Gustav Busing . 3 Volumes in Slipcase, new book however there is a small crack on the box, see photos for more details. Written by Porsche insider and Le Mans-winner...