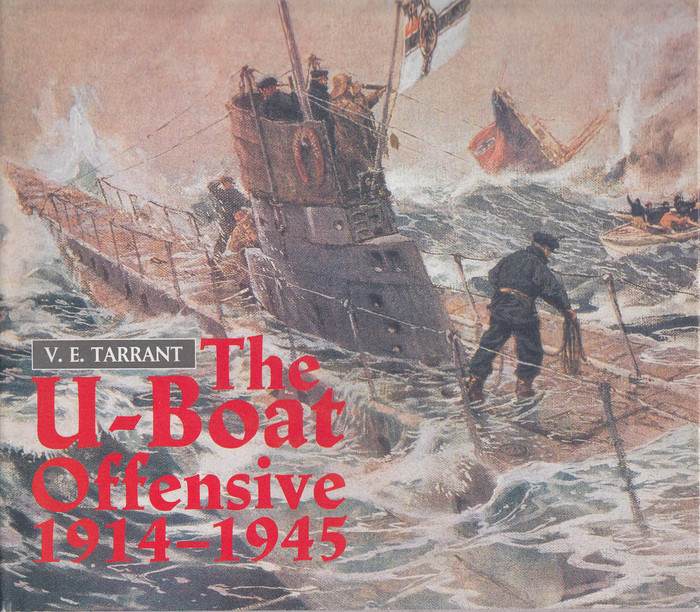 During the two World Wars, German submarines sank 8,209 merchant vessels grossing more than 27 million tons. So effective a menace did the U-boats become that in both wars — in 1917 and again in 1941-2 - they came close to bringing Britain to her knees.

This book, illustrated with more than 150 photographs, diagrams and charts, sets out to tell the twin stories of the Battles of the Atlantic, providing the reader with the opportunity to compare the course of the two campaigns.

In the Second World War the Allies took time to learn the lessons of the first World War — most important of which was that escorted convoys provided the only real security for merchantmen.

During the second war also, technical advances by the protagonists swayed the advantage from one side to the other, as U-boats became faster and better armed, while submarine detection and anti-submarine weapons developed apace.

Two factors remained constant, however: the immutable hostility of the oceans; and the courage of the U-boat and surface ship crews.

The author, V. E. Tarrant, has researched much unpublished archive material, both British and German, in order to chronicle the strategic and tactical evolution of the U-boat offensives, and to demonstrate how submarines originally conceived as coastal defence boats were transformed into major weapons of global war.

Also detailed are the means by which Allied anti-submarine measures evolved to combat and decisively defeat the threat to transatlantic shipping. Appendices, tables, charts and diagrams supply statistics more accurate than any previously published, including cause of loss details for every U-boat sunk in each war.

The Type VII U-Boat (Anatomy of the Ship Series)