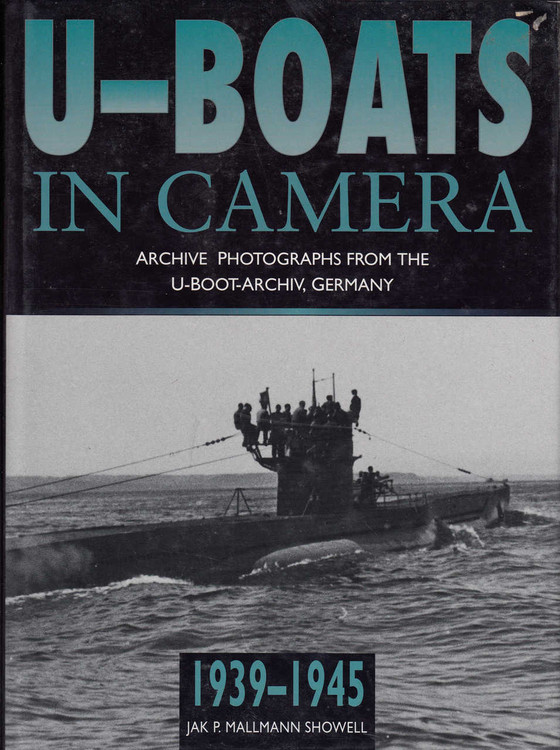 This volume charts the life of a German U-boat from construction through to active service, and looks at commissioning, sea trials and the first patrol of a typical boat during World War II.

This illustrated book also offers a glimpse at domestic life on board a German U-boat, focusing on what the ordinary seaman would have seen and experienced during his first weeks aboard a brand new boat.

Much of the training was carried out in the relatively unthreatened waters of the Baltic, until the advancing Russian forces pushed the German training schools and flotillas west.

For the U-boat crews that successfully completed their training, the future was uncertain: out in the Atlantic, life expectancy was short and two-thirds of U-boat crewmen never returned. The author draws on the extensive archives of the U-Boot_Archiv (German U-boat Archive) and many of the photographs that appear in the book are previously unpublished.

Comprehensive captions describe in detail the many aspects of a U-boat at war - from the boat itself, to the crew and its personalities, life above and below the waves, and the weapons and radar with which it fought Allied shipping.

This book affords an insights into this much feared weapon of World War II, and should appeal to all with an interest in the armed forces of the Third Reich.

German Military Motorcycles In The Reichswehr And Wehrmacht 1939-1945

UK Airfields of the Eighth - Then and Now

MSRP:
Now: $99.95
Was:
In this fascinating book noted aviation historian and regular After The Battle contributor, Roger Freeman, uses the After The Battle- Then and Noand thr various airfields allocated to them right up...