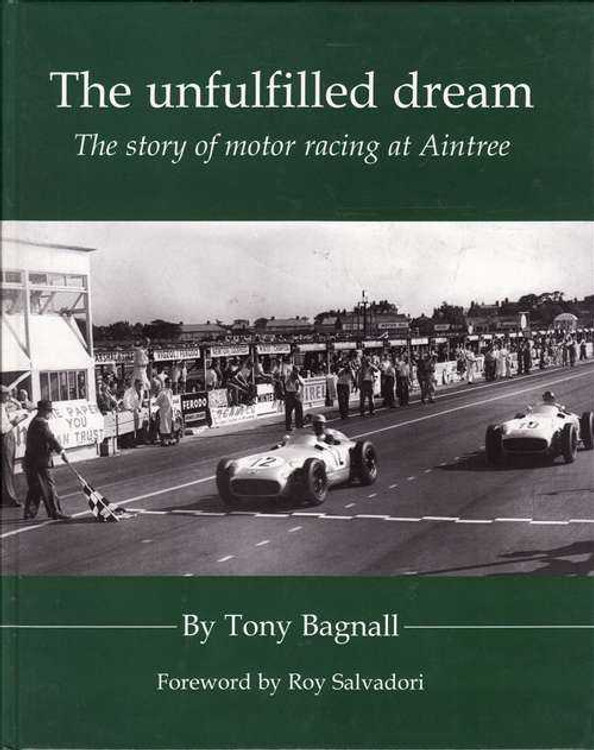 For 11 years, the world's leading drivers contested international races at the Aintree circuit on the outskirts of Liverpool. Fangio, Surtees, Clark, Moss, Hawthorn and many more were on the grid.

The British Grand Prix was held there five times, along with many other major events at the venue that shared its ground with the famous horse racing track.

But in April 1964, the final Aintree 200 was run and the sights and sounds of Grand Prix cars were never to be experienced at Aintree again. Club and national level racing continued until July 1982, when it ceased altogether.

So what is the story behind the dramatic rise and fall of Aintree as a premier motor sport venue in Britain? How and why did motor racing come to be staged there? What caused its eventual demise as a circuit?

Tony Bagnall's book explores the fascinating history of Aintree, before during and after its all too brief reign as Britain's Grand Prix venue. Supported by nearly 200 rare photographs, many never before published, this book fills a significant gap in the history of post war motor racing in Britain. Includes foreword by Roy Salvadori.

MSRP:
Now: $99.95
Was:
slight damage to dust jacket, see photos, the book is intact. By: Paddy Hopkirk . ARGUABLY THE most popular British sports car ever built, the MGB has competed in every form of motor sport, from its...

MSRP:
Now: $139.95
Was:
By: Mick Walker . For the past 100 years the name Norton has been closely linked to the history of the racing motorcycle — and many of the sport's greatest riders. James I . 'Pa' Norton...

The Three Wheeler - Story Of Morgan (The Morgan 3 Wheeler Club)