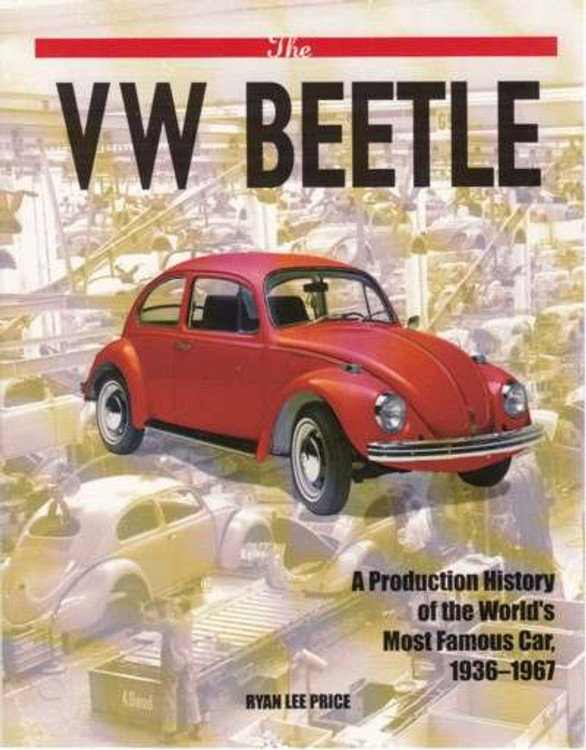 Few would argue that no other car has captured the imagination of the world quite like the Volkswagen Beetle. Originally conceived as "the People's Car," the Beetle's rise to fame coincided with that of the Third Reich. Despite this infamous connection, the Beetle survived through the years in many variations, although it remained true to its original and distinctive form. Author Ryan Lee Price, editor of VW Trends magazine, takes a detailed look at the development of the Beetle during its early days. Included are detailed production numbers listing year by year model changes in areas of engine, driveline and chassis, making this an indispensable reference tool for the avid VW enthusiast.

Bug - The Strange Mutations Of The World's Most Famous Automobile

MSRP:
Now: $89.95
Was:
By: Phil Patton . The world's most recognizable automobile goes by many names. But did you know that the "Love Bug" was originally Hitler's "car of the people," that it was the Manson "family" car of...

MSRP:
Now: $18.50
Was:
By: Ken Cservenka, Richard Copping . With the aid of this book's step-by-step expert guidance, you'll discover all you need to know about the car you want to buy. Unique point system will help you to...

MSRP:
Now: $89.95
Was:
By: Jonathan Wood . For this Collector's the author concentrated on the mainstream production Beetle and was not, in the main, lured into the shadowy world of the company's special edition cats,...

MSRP:
Now: $59.95
Was:
By: Brooklands Books . This is the first of two books featuring contemporary road and comparison tests, specifications, performance and technical data, rallying, history and long-term reports. Models...

Small Wonder - The Amazing Story of the Volkswagen Beetle

MSRP:
Now: $55.00
Was:
By: Porsche Museum . Description The development of the Volkswagen Beetle was a central achievement in the early history of the Porsche Company. In January 1934, Ferdinand Porsche wrote an “exposé...

MSRP:
Now: $149.95
Was:
By: Richard Copping . Description The classic Volkswagen Beetle is renowned across the world for its endearingly unusual design, its rugged air-cooled longevity and above all the phenomenal numbers...

MSRP:
Now: $195.00
Was:
Author Johnny Tipler, ISBN 978190235107X Every fascinating stage of Ronnie Petersons racing career is explored in this book. From his beginnings in Kart racing, through to his tragic death at...