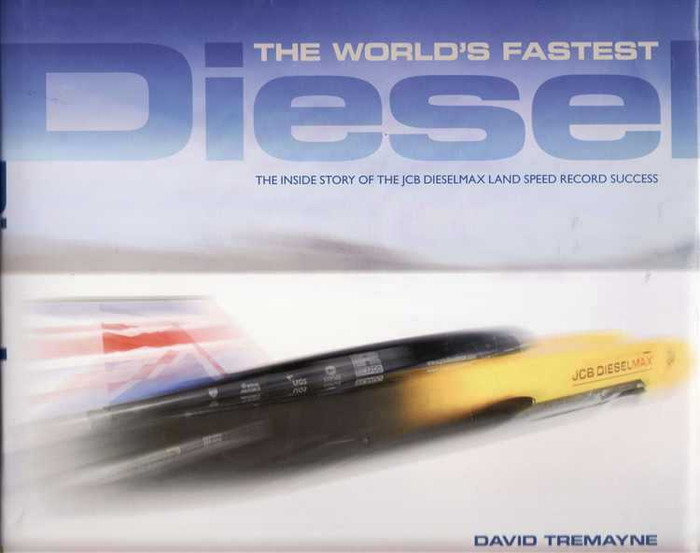 The concept seemed preposterous: take two engines from the humble JCB digger, beloved of young kids and construction companies the world over, and use them to challenge the 235.756mph land speed record for diesel vehicles.

But the more you analysed the programme that was born from Sir Anthony Bamford's dream, the better it looked. The JCB444 diesel engine, rated at 140bhp in its usual guise, was boosted by a factor of five by consulting engineers Ricardo. Its specific power output rose to an unmatched 750bhp at 3,800rpm with 1500Nm of torque. Place one ahead of the driver and another one behind, driving all four wheels, and you had the beginnings of something very good.

Make that driver Andy Green, still the only man ever to go supersonic at ground level and holder of the world land speed record at 763.035mph in ThrustSSC; draw heavily on the experience and savvy of consultant Richard Noble, himself a former record holder at 633.468mph with Thrust2 and the prime mover behind Green's success; and the credibility ramped up.

Add in Ron Ayers, the soft-spoken genius behind ThrustSSC's unique aerodynamics, and the motorsport-honed skills of car designer John Piper and the team at Visioneering, and top all that off with sympathetic yet forceful project leadership by Dr Tim Leverton and his team at JCB, and the result was a stunning yellow and black streamliner every bit as iconic as the company's famed diggers.

This is the inside story of how a dedicated and talented British team took all those ingredients and turned them into a new national speed record of 317.021mph on the Bonneville Salt Flats in Utah in August 2006, and then built on that days later to create two new international records of 328.767mph and 350.092mph, obliterating the previous -American-held mark by well over 100mph.

The Zulu War - Then and Now

MSRP:
Now: $75.00
Was:
This After The Battle look at the 1870s Victorian era war in the South African Colonies gives the reader a fresh view by the authors I Castle and I Knight. This particular campaign has been dealt...