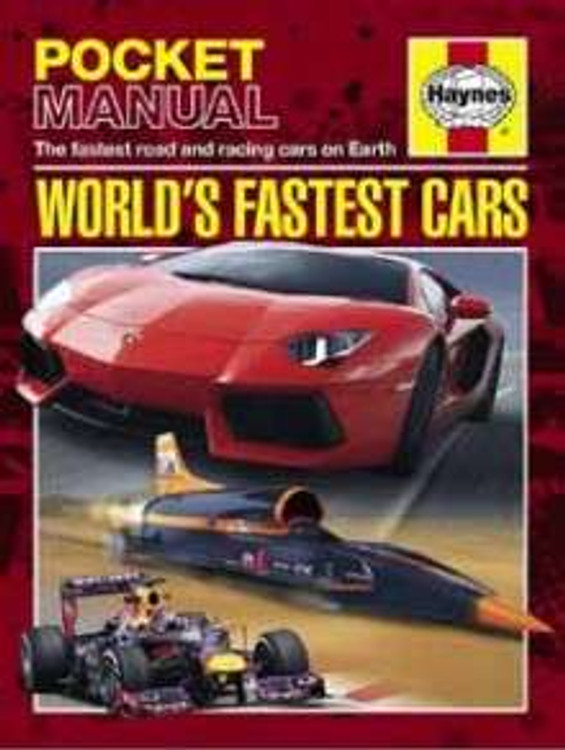 World's Fastest Cars charts the history of fast cars of all kinds, from standard production models to highly modified cars, racing cars, drag racers and land-speed-record breakers, whether powered by piston, electric or jet engine. Fact boxes and sidebars provide handy additional information on aspects of making cars go faster, from aerodynamics to the very special tyres used in drag racing. First published in 2010, this new edition has been refreshed and updated to include the latest models.

Richard Dredge is a freelance journalist and author. His has written several books for Haynes including the hugely successful Top Trumps: Ultimate Cars 2 and Top Trumps: Extreme Wheels 2 as well as the first edition of World's Fastest Cars. He lives in Droitwich, Worcestershire.
View AllClose

MSRP:
Now: $199.95
Was:
By: Karl Ludvigsen . - (OFFICIAL MERCIAN REPRINT) Ford started late, but it traveled fast. Its achievement of providing the race winner four years in a row from 1966 through 1969 catapulted it into...

MSRP:
Now: $89.99
Was:
By: Richard Gunn . From the classic 1960s AC Cobra 289 to the fast and slippery Vector W8-M12, Ultimate Performance Cars is a comprehensive collection of the sports cars, supercars, and muscle cars...