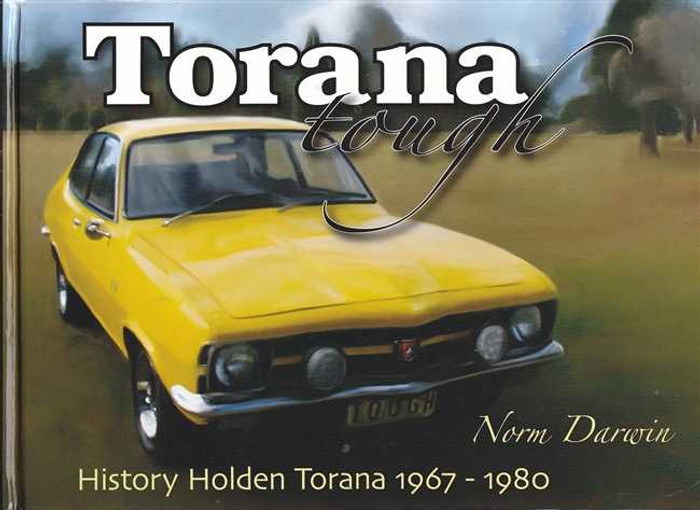 Introduction by the author

On the publication of Monaro Magic in January 2010 I was immediately asked about the Torana. It was a logical step to take given the passion both Monaro and Torana enthusiasts have for each model. Initially believing there would not be the same level of history, photographs and interest I quickly came to realize that there was a large untapped resource sitting in past Holden employees cupboards, sheds and memories. In the end I had to cut down on what was to be used.

I purposely have not included much on the Torana's racing history. This is a separate subject and this history could not do it justice. However you cannot write a Torana History without including to bare bones of its racing glory. And glorious it was. No other model can claim the success over so many different fields of motor sport as the Torana can. Many years ago a marketing survey of Australians found that after Coca Cola, Peter Brock was the most recognizable name, without the Torana Peter would not have gained this level of notoriety.

My own experience with the Torana originally lay in my time at GMH when I had a role in the Engineering budgets and costs. To some extent I found myself frustrated that I did not write down more of what occurred during the 1970s, the heydays of the Torana. At the time I drove XU-1s, SLRs and Hatchbacks but back then they were just cars you drove to get from A to B. Unlike some, I never even took a photograph of a Torana in my care, wish I had though, as do many Holden employees involved in the Design, Development and Manufacture of the model.

I believe Torana Tough breaks new ground for the level of detail provided, it answers many questions and I believe settles a few myths. Will Holden revive the Torana name plate? It's doubtful given the current direction of global manufacturing of models but then maybe it's a good thing to leave the Torana name as it was as any future car can never be the same. When You're Hot You're Hot.

MSRP:
Now: $120.00
Was:
By: Ewan Kennedy . The Torana is one of the most important cars in the history of Holden and Holden is very important in Australia. Famed as 'the company that is an icon', not simply a car maker,...

MSRP:
Now: $120.00
Was:
By: Ewan Kennedy . The Torana is one of the most important cars in the history of Holden and Holden is very important in Australia. Famed as 'the company that is an icon', not simply a car maker,...

MSRP:
Now: $59.95
Was: $99.95
Author: Norm Darwin, Hardbound, There are few car model names that can claim iconic status. In Australia it comes down to about four. Falcon GT, Charger, Torana XU-1 and Monaro. It was no nostalgic...