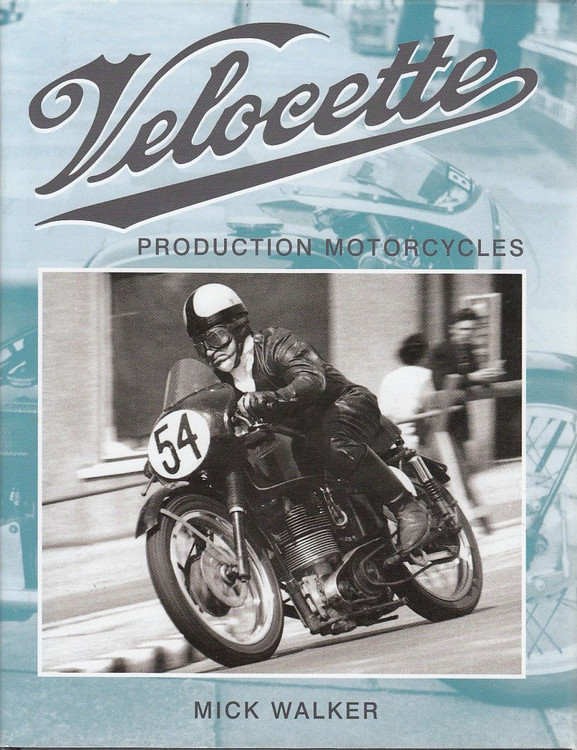 Velocette is one of the truly great names of the once-great British motorcycle industry. Its story is one of innovation, achievement, decline and, ultimately, a fall from grace, over a period of sixty-six years.

The company's first production motorcycles appeared in 1905 under the Veloce name, but it was not until 1913, with the debut of the firm's first two-stroke model, that the name Velocette was used for the first time. When four-stroke production resumed during the 1920s dealers rebelled when the Veloce name was reintroduced - so Velocette it remained for both engine types until production finally ceased some fifty years later, in 1971.

In the meantime Velocette often led the world in both racing and innovative design, thanks to engineers such as Harold Willis, Phil Irving and Charles Udall. For example, during the inter-war years the small Birmingham company was responsible for new developments including the positive-stop, foot-change gearbox; swinging-arm rear suspension; automatic ignition control;
and two-stroke, throttle-controlled pump lubrication.

As for the Velocette production motorcycle models themselves, there was certainly a number of well-known machines, including the K series ohc range (KSS, KTS and KTT), the M series hi-cam singles (MOV, MAC and MSS), the Viper and Venom sportsters, the LE water-cooled sv flat twin and, finally, the Thruxton performance model. But there were also many less well known, though no less fascinating, bikes: the myriad inter-war two-strokes, the Valiant and Vogue flat twins, plus the ill-fated Viceroy scooter and the prototype-only Model 0 inline twin.

Mick Walker uncovers not just the motorcycles and personalities, but also the politics of what went on at the Veloce works, together with the role played by the various members of the owning Goodman family in both the rise and the fall of the Velocette brand.

Mick Walker's interest in motorcycling goes back to the early 1960s when he started racing while still in the Royal Air Force and had wins at most major circuits. He started his own business, Mick Walker Motorcycles, in 1969, importing Italian machines, and was a leading race sponsor during the 1970s, with his riders gaining numerous victories including the Manx Grand Prix and British Grand Prix.

Between 1983 and 1987 he was editor of Motorcycle Enthusiast and in 1985 his first book was published. He has now written over one hundred titles.

Mick has also been a successful tuner, coach and team manager. His list of riders is highly impressive and includes men such as 2004 World Super Bike champion James Toseland.

MSRP:
Now: $89.95
Was:
By: Mick Walker . Today, Suzuki is a major player on the stages of both the two- and four-wheel motor industries. Suzuki Production Motorcycles 1952-1980 tells the story of how it built its name...

MSRP:
Now: $99.99
Was:
By: S. Biancalana, Michele Marchiano . ENGLISH EDITION New, updated and enlarged version of the first edition published in 1996, on the occasion of the Fiftieth anniversary of the celebrated...

MSRP: $49.99
Now: $29.99
Was:
By: Valerio Boni . In the fashion capitols of the world, the Vespa motorscooter is a necessary lifestyle accessory. And those who are not Vespa owners are Vespa admirers. From the classic romance of...