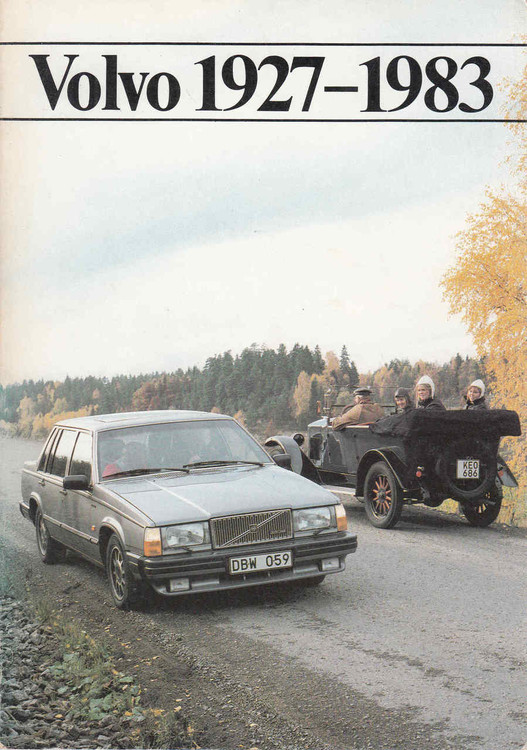 ASSAR GABRIELSSON. Assar Gabrielsson was born in 1891. When he was 18 years old, he matriculated at the Norra Latin school and two years later qualified as economist at the Stockholm School of Economics.

In 1916, he was employed by SKF in Gothenburg and later became manager of the SKF subsidiary in Paris. He found out that it was easy to sell Swedish ball bearings on the Continent. The prices were significantly below those of competitors.

It was probably during the years in France that he developed the idea of Swedish car production. In 1923, Assar Gabrielsson came back to Sweden and, only 32 years old, became International Sales Manager at the SKF Head Office in Gothenburg. Plans for car production began to take firmer forms.

In the summer of 1924, he met an engineer called Gustaf Larson, an earlier SKF employee, who was also thinking about starting the production of cars in Sweden. Together they decided to implement their ideas.

As early as September, 1925, they agreed about carrying out the production of a test series of ten vehicles, nine of the touring type and one saloon. The task to be carried out by Assar Gabrielsson was to obtain financial backing for the project while Gustaf Larson was to supervise assembly.

The test series of cars was completed during 1926 and, on August 10 the same year, SKF decided to invest money in the project. At the same time, the name of Volvo was allocated to the new company.

GUSTAF LARSON. Gustaf Larson was born in 1887. In 1911 he completed his studies at the Elementary Technical College in Orebro and, during the years 1911-1913, he worked with White & Poppe Ltd. in Coventry, England. During his years in England, he often met William Morris who was

designing a car with an engine that was very small for that particular time.

Gustaf Larson returned to Sweden and qualified in engineering at The Royal Institute of Technology in Stockholm. During the period 1917-1920 he worked as an engineer at SKF in Gothenburg and Katrineholm and had many opportunities to meet Assar Gabrielsson.

When Gustaf Larson and Assar Gabrielsson met during the summer of 1924 in order to discuss Swedish car manufacture, ideas were compiled from two different aspects: Assar Gabrielsson was an economist and business man and considered the business to make up an interesting financial possibility. Gustaf Larson was a technician and recognized the challenge of designing a Swedish car for Swedish conditions.

You Are Volvo (Volvo)

MSRP:
Now: $50.00
Was:
Volvo Motor Corporation, Hardbound,26 Pages, ISBN: yav25 - Second-Hand book in perfect unread condition !   You are Volvo. Regardless of your role at Volvo, you are Volvo directly...

MSRP:
Now: $89.95
Was:
By: David G. Styles . Little has been written and published about the remarkable Volvo 1800 series of sports cars. The P1800, as it started life, was remarkable in many ways. It was destined to be...