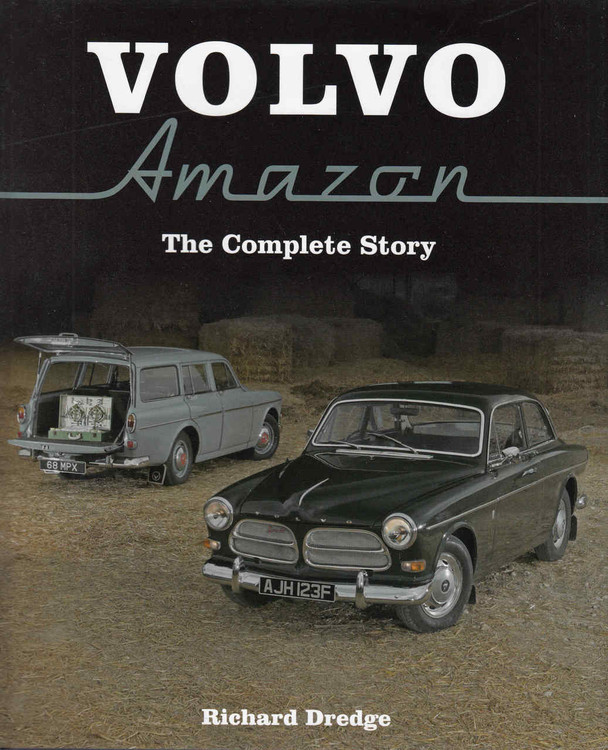 In 1956, the prototype of a new passenger car from Volvo was presented. It became known as the Amazon in Sweden and the 121 and 122S in export markets, the latter denoting a more sporty derivative. However, despite its substantial appearance, all Amazons were surprisingly fleet of foot
- this was one of the most sporty European saloons of the 1960s.

With its elegant, timeless styling the Amazon broke new ground for Volvo - and for passenger cars as a whole. While it was the first car from the Swedish company to feature monocoque construction, it was also incredibly tough so it made a great motorsport weapon - although in period many drivers preferred to stick with the tried-and-tested PV444 and PV544 instead.

Where the Amazon was cutting-edge though was in the comfort and safety levels that it offered. Not only was it the first car to feature orthopaedically designed seats, but it also introduced buyers to a padded dashboard, laminated windscreen and seatbelt mountings front and rear - along with the world's first three-point seatbelts fitted as standard.

While the Amazon was initially offered as a four-door saloon only, Volvo would later offer the model as a two-door saloon and a five-door estate. All were hugely admired and collectible too. The former was especially popular in historic motorsport. The initial 1.6-litre engine would grow to 1.8 litres, then a full two litres, while there would also be automatic and overdrive gearboxes added along the way.

When the 140-series was introduced to replace the Amazon in 1966, it was Volvo's intention for the latter to slip quietly away. But the Amazon wasn't going to die that easily - it would be another four years before the final example was built. And the intervening years have not diminished the Amazon's popularity - it may have been launched in the middle of the twentieth century, but in the twenty-first century it is still one of the most usable, practical and endearing cars ever made.

MSRP:
Now: $89.95
Was:
By: David G. Styles . Little has been written and published about the remarkable Volvo 1800 series of sports cars. The P1800, as it started life, was remarkable in many ways. It was destined to be...

MSRP:
Now: $69.95
Was:
By: Brooklands Books . Includes some 64 articles drawn from six countries that traces the development of the 120 series of sedans and wagons from their inception in 1956. Faetured are road and...

Volvo Down Under - A Swedish Success Story