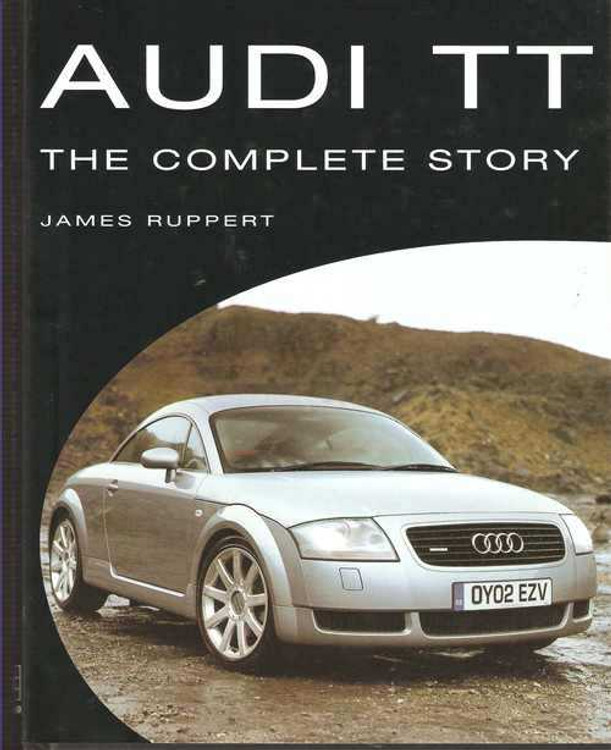 IN AUTUMN 1995 Audi took the motoring world by storm. The concept car that they displayed on their stand at the Frankfurt Motor Show was an instant star and the sexy two-seater coupe had such a striking, contemporary, unfussy design that it was widely wished that Audi would consider putting it into production. But it was supposed that this beautiful concept would go the same way as all the rest - be discarded, or be neutered; turned into just another bland euro-design. But to the surprise of many and the delight of everyone Audi announced their intention to put the car into production, a decision made in December 1995. When the car hit the showrooms it was clear that the design had hardly been changed at all.

The coupe was soon joined by a pretty roadster, the TTS, the prototype of which had appeared at the 1995 Tokyo Motor Show. The two cars began to sell in numbers into a very enthusiastic market. Then a series of bizarre accidents gave the TT just the wrong kind of publicity, and it began to seem as if the TT was too good to be true. But Audi solved the handling problems and the TT remains one of the most desirable sports cars available.

James Ruppert's complete history of the TT begins by unravelling the complicated lineage of Audi before looking at the conception and design of the TT, and its influences - as diverse as the Auto Union racing cars of the 1930s and Jimi Hendrix! Production changes and design progression are discussed, as is the place of the T1 in popular culture, and the TT's imitators. And James Ruppert brings the story right up to date with the latest V6-engined TT coupe. This is the perfect book for anyone entranced by this unique car.

MSRP:
Now: £68.70
Was:
By: Laurence Meredith . The quattro wasn't the first car to boast permanent four-wheel drive, turbocharger or 5-cylinder engine, but it did combine all of these innovations for the first time in a...

MSRP:
Now: £21.96
Was:
By: Ian Wagstaff . Description The history of the world's most successful endurance racing car: the Audi R8, featuring reports of all of its 80 races, plus profiles of the 35 drivers who raced the...

MSRP:
Now: £38.44
Was:
By: Graham Robson . Unveiled in 1952, the Austin-Healey 100 was an innovation in the sports car market and won instant acclaim. As the series developed, the cars only became more popular and...

MSRP:
Now: £27.45
Was:
By: Brooklands Books . With rival German manufacturers coming out with sports cars in the mid to late 1990s it was obvious that Audi would have to come up with one of its own. Where the others...

MSRP:
Now: £162.13
Was:
By: Bentley . Description Service to Audi owners is of top priority to Audi and has always included the continuing development and introduction of new and expanded services. Whether you're a...

MSRP:
Now: £43.94
Was:
By: Jon M Bill . Description From the very beginnings of the automobile industry, manufacturers had to prove the mettle of their products in order to stand out from the multitude of rival companies...

MSRP:
Now: £68.70
Was:
By: Laurence Meredith . The quattro wasn't the first car to boast permanent four-wheel drive, turbocharger or 5-cylinder engine, but it did combine all of these innovations for the first time in a...