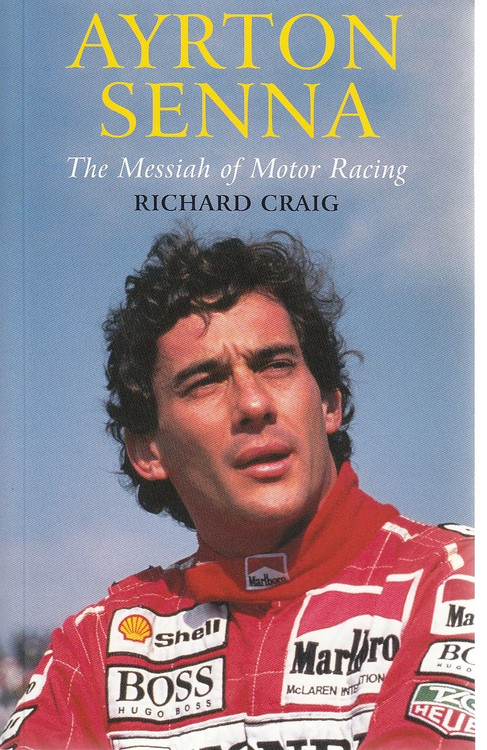 Ayrton Senna is arguably the most famous racing driver there has ever been. He is revered all over the world, with a reputation extending far beyond awe at his skills on the race circuit. Senna, the 2010 film of his life, verged on the hagiographic, painting him as a beloved child of God put on earth to fight injustice and help those less fortunate than himself. But was his reputation disproportionately burnished because he died, aged only thirty four, in front of millions of TV viewers, thus sealing his reputation as the messianic martyr of motor racing?

This new and original biography looks at both Ayrton da Silva, the softly-spoken and introspective man, and Ayrton Senna, the aggressive, ruthless and brilliant driver: distinct entities that often struggled to co-exist peacefully. It asks why, of all the great drivers Formula One has nurtured, Senna attracts the most fervent following.

Journalist RICHARD CRAIG blogs under the pseudonym Reverend Frog and has been a Formula One obsessive since the days of countryman Eddie Irvine's success in the mid-I 990s. He has worked for the Formula One Black Book and Autosport.

MSRP:
Now: $299.95
Was:
By: ETAI . Annual Description The 59th Edition of this leading motoring annual from innovative publisher ETAI will continue the same format and high standards of production and content that have...

Ayrton Senna All His Races

MSRP:
Now: $69.95
Was:
By: Don Taylor . Automotive Upholstery Handbook - How to use trimmer's tools, fasteners and materials. How to cut, fit and sew, Make and install complete interiors, Vinyl & convertible tops...