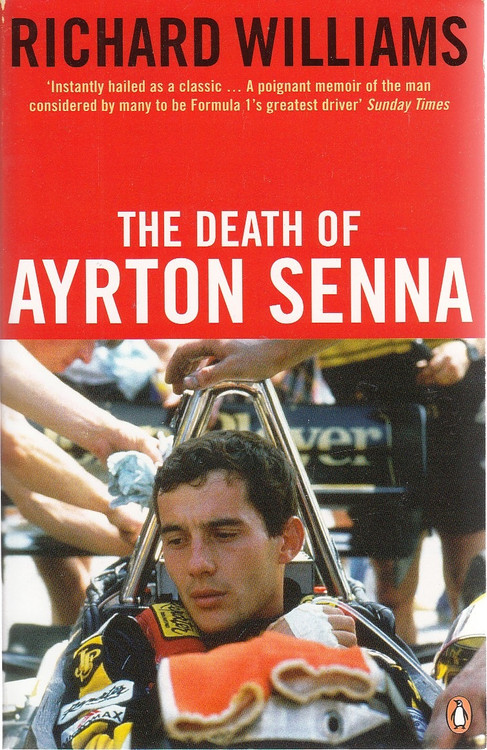 It was another lap, another race, another chance to give his body and soul to the sport he loved. But as Ayrton Senna entered the high-speed Tamburello corner for the seventh time that day, his Williams Renault F16 careered off the track and struck an unprotected concrete barrier. He left the track at 190 mph and was able to slow the car down by braking to 135 mph in slightly under two seconds before hitting the wall. But it was not enough. Ayrton Senna, the greatest driver in Formula 1 history, was dead.

Millions of people around the world watched with horror on that fateful day in Imola at the 1994 San Marino Grand Prix. To fans he was the most thrilling and charismatic driver of his generation, to his rivals he was the supreme competitor, but to his Brazilian countrymen, he was a hero, an icon who transcended sport.

In this classic sports book Richard Williams explores the complex Brazilian whose brilliance as a driver was matched by a dazzling intellect and a burning desire to win that pushed his life to the limits of what it means to be human.

The Dams Raid - Through The Lens

MSRP:
Now: $109.00
Was:
This unique account of the famous Dams Raid is for the first time told in great detail from the "other side's" viewpoint. Author Helmuth Euler gives an honest evaluation of a famous Allied action and...

The Desert War - Then and Now

MSRP:
Now: $179.95
Was:
In this the author Jean Paul Pallud's latest book, the entire World War II western desert campaign is traced right back from 1940 till the demise of Rommel's much vaunted Afrika Korps in late 1943...

The Day I Died (Mark Kahn)

The Design and Tuning of Competition Engines