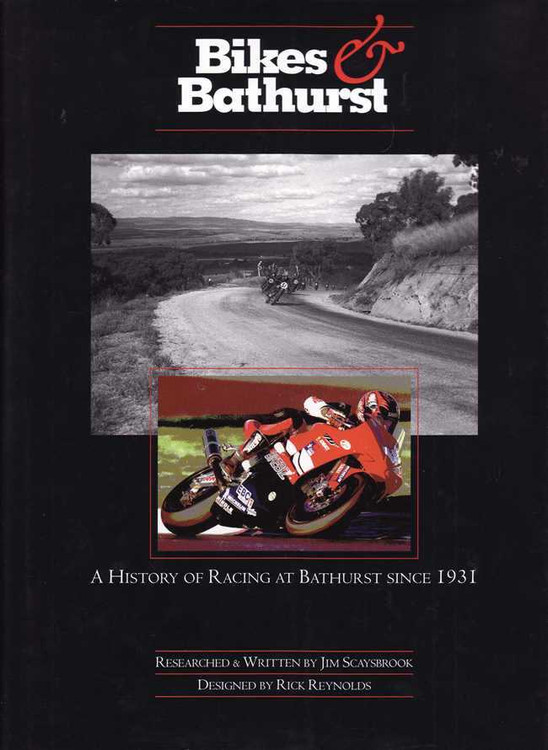 Throughout the world, towns and cities that would otherwise remain largely anonymous have achieved renown through their association with motor racing.

Indianapolis, Le Mans, Silverstone, Monza...and Bathurst. Australia's first inland settlement, Bathurst was established in 1815, after intrepid explorers finally carved a route across the Blue Mountains. But from the 1920s, the city displayed that certain magnetism that was to make it a mecca for motor sport enthusiasts.

Today Mount Panorama is the focus for Australia's biggest race — the annual 1,000 kilometre event for V8 touring cars. But for over half a century, the same sinuous stretch of tarmac hosted what was unquestionably the most important and prestigious motor cycle race meeting in the country.

At the time of writing, this sequence has been broken, with the Easter 2000 meeting possibly the last to be held on the famous circuit. Within these pages is a celebration of the decades of fabulous action when bikes and Bathurst were indelibly linked.

The heroes, the heartbreaks, the halcyon days when every fan with the means to get there headed for the Mountain every Easter.

This book contains the work of many dedicated photographers, who have captured Mount Panorama's aspects and moods in their own unique perspective.
I am especially indebted to Byron Gunther, who contributed numerous shots from 1949-55, including the cover shot.
Of the several thousand Bathurst photographs in my possession, I consider this to be the quintessential expression of The Mount. The sweeping plains, the outback light, the vista that can only be Mount Panorama.
This photograph is from 1950, and shows the pack in the Senior Clubmen's GP surging up from XL Bend towards the Cutting.
The colour shot is the work of Sydney motorcycle racing expert Keith Muir, and shows New Zealander Tony Rees taking Murray's Corner at the Easter 2000 meeting

MSRP:
Now: $99.95
Was:
By: Stephen Stathis . Bathurst Group A Commodores: A Photographic History (Hard Cover): This unique 192 page Bathurst history book, with a foreword by Graham Moore, features many colour and black...

Bill Ivy - The Will to Win

MSRP:
Now: $199.95
Was:
By: Mick Walker . When Bill Ivy was fatally injured while practising for the East German Grand Prix in July 1969, motorcycle racing lost one of its greatest-ever competitors. As a tribute to Bill,...

MSRP:
Now: $149.95
Was:
By: Bill Lomas . Bill's own story covers the Golden Years of road racing, taking in the Continental Grands Prix, the TT and a winter season in Australia. By the time he retired in 1958, he had two...