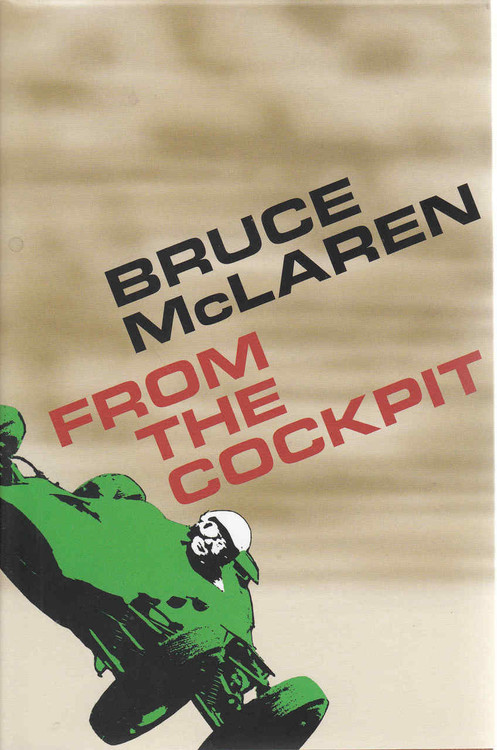 Originally published in 1964, Bruce McLaren's autobiography From the Cockpit is a classic motor racing memoir. In his own words, McLaren describes his inspiring climb up the ladder of motor racing success, culminating in the inception of Bruce McLaren Motor Racing Ltd in 1963.

After overcoming childhood illness, McLaren began competing with a modified Austin Seven and in 1958 became the recipient of New Zealand's first 'Driver to Europe' scheme.

Driving for Cooper, he won the 1959 United States Grand Prix to become the youngest Grand Prix winner at that time. His story covers the ups and downs of his life in Formula 1 to the end of 1963, from winning at Monaco in 1962 to crashing at the Niirburgring and ending up in hospital - where the idea for this book was born.

The book concludes with McLaren forming his own team, initially to run modified Cooper chassis, and going on to an emotional 'home' victory in the 1964 New Zealand Grand Prix.

Engaging to read, Bruce McLaren's book provides fascinating background to his accomplishments and unique insight into his character, charm and tenacity.

McLaren From The Inside - Photographs By Tyler Alexander

MSRP:
Now: $129.95
Was:
Author: Tyler Alexander, ISBN: 9781935007180 Motor racing and photography have been twin passions for Tyler Alexander for more than half a century. In the book McLaren from the Inside, the two...

MSRP:
Now: $299.95
Was:
By: David Venables . Brooklands, the cradle of motorsport in Britain, was the inspired creation of one man, Hugh Locke King, who realised that, for motoring to develop, a track was needed where cars...

MSRP:
Now: $129.95
Was:
By: Peter Miller . Book Description George Brough gained his love of motorcycles from his father, William, a pioneering motorcycle rider and manufacturer. William's machines were of high quality, but...

MSRP:
Now: $199.95
Was:
By: William Bill Boddy, new book with a minor tear on the cover, see images Giant racing cars — impressively fast and powerful — thrilled the spectators at the famous Brooklands racing...