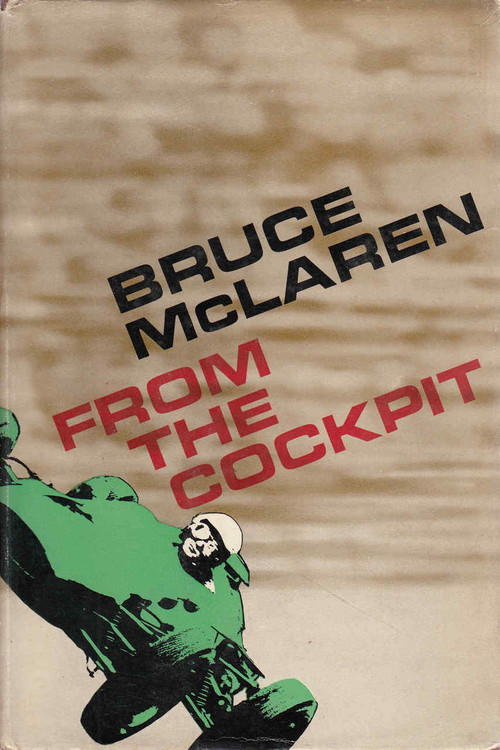 At the age of nine a stocky New Zealand youngster named Bruce McLaren was dreaming of a career as a racing motor-cyclist.

The nearest he got to racing during the next three years was while strapped to a bath-chair in a home for crippled children.

The enforced confinement did not prevent the mechanically-minded Bruce from studying his subject and on discharge he began the long climb which was to put him among the top drivers of the world.

Here, the popular New Zealander traces his career from the early days, when he enviously watched his motor-racing father, through the events in which he himself drove an unpredictable Austin
Ulster to the successful years of competition in a Cooper and the gaining of his country's Grand Prix crown.

In relating his absorbing story Bruce McLaren reveals his personal views on the cars he has handled, the people who owned them, the drivers he encountered and the races he enjoyed and hated.

Here is everything that goes to make up the varied life of a motor-racing star, by one - who has struggled relentlessly from
nowhere to the limelight.

McLaren From The Inside - Photographs By Tyler Alexander

MSRP:
Now: $129.95
Was:
Author: Tyler Alexander, ISBN: 9781935007180 Motor racing and photography have been twin passions for Tyler Alexander for more than half a century. In the book McLaren from the Inside, the two...

MSRP:
Now: $299.95
Was:
By: David Venables . Brooklands, the cradle of motorsport in Britain, was the inspired creation of one man, Hugh Locke King, who realised that, for motoring to develop, a track was needed where cars...

MSRP:
Now: $199.95
Was:
By: William Bill Boddy, new book with a minor tear on the cover, see images Giant racing cars — impressively fast and powerful — thrilled the spectators at the famous Brooklands racing...

MSRP:
Now: $39.95
Was:
Downsizing can be a difficult exercise but Toyota managed to successfully re-invent the MR2 with a lightweight new design that excelled in every department. The W30 third generation proved to be just...