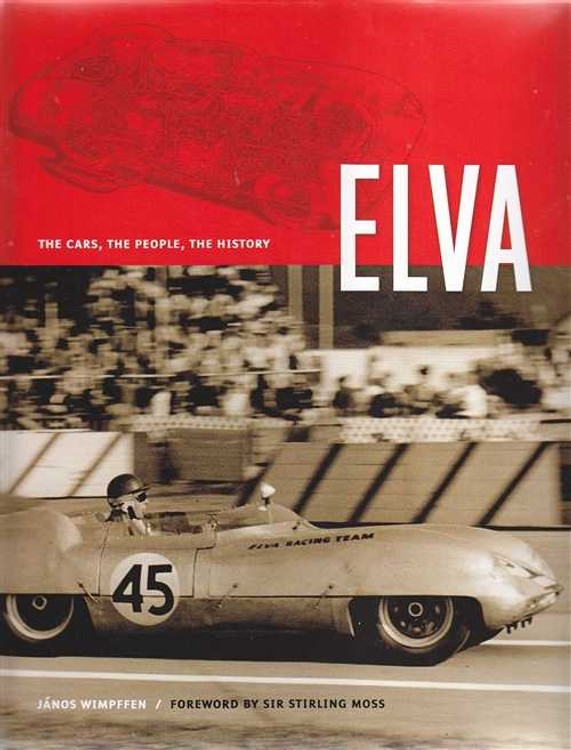 Spirited, fast, quirky, elemental, affordable, idiosyncratic, and most of all, fun—these are among the many adjectives that have been used to describe British sports and sports-racing cars of the 1950s and 1960s. The cars of Elva fulfill all these descriptions and more: simple, yet clever and competitive. For many automotive enthusiasts the Elva name has been familiar, but its history has remained shrouded in myth. For Elva followers, the cars’ and the company’s successes and failures have been almost secret—until now. Read More.

Like many of its contemporaries, Elva began modestly, but the specials built by Frank Nichols and his crew in the south of England were soon recognized internationally for performance that often exceeded that of their peers, at a fraction of the cost. Elvas epitomized the concept of intuitive design. As one observer put it, “All that the mechanics seem to have were a set of tools consisting of a file and a hacksaw . . . not a drawing in the place. The cars just happen.”

Beginning with little more than chalk lines on the floor, giant-killers emerged that caught the eyes of major players in motorsport. Porsche’s mighty 908, 910, and 917 sports-racers were in part inspired by the manufacturer’s association with Nichols via the Elva-Porsche. Elva also helped Bruce McLaren establish himself as a car constructor and sow the seeds of a racing dynasty by building the first McLaren-Elvas.

The history of Elva is not just about the cars. It is about the many people who created the cars, were inspired by them, and developed racing careers around them. Elva is the last significant British automobile marque of the 1950s and 1960s to have a dedicated history book. This is it. Careful research, colorful anecdotes, and a thorough narrative of Elva history are woven into renowned motorsport historian János Wimpffen’s definitive look at this important manufacturer.

MSRP:
Now: £57.81
Was:
Author: Nick Sutton, ISBN: 9780857333148, 2nd hand book in excellent condition This is the inside account of the DeLorean I saga written by a senior manager who worked with the company from beginning...

MSRP:
Now: £46.27
Was:
Get the behind the scenes view of arguably the most iconic automotive movie car and scene in history. Ask any automotive enthusiast what his or her favorite chase scene to appear in a movie is, and...

MSRP:
Now: £52.03
Was:
By: Mirco De Cet . Essential Superbike takes you into the exciting world of the fastest motorcycles of today and yesterday. The designation "Superbike" perfectly encapsulates these machines...