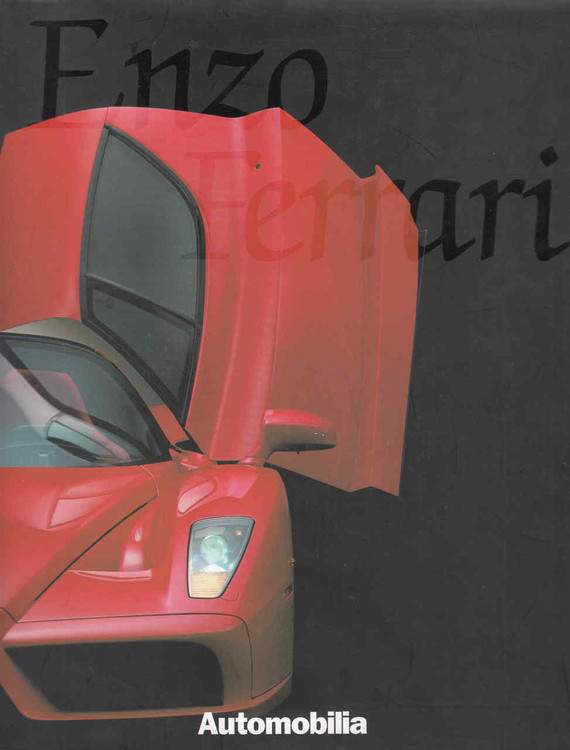 The latest scion of the Ferrari supercar family, the Enzo Ferrari, made its first appearance at Tokyo's Museum of Contemporary Art in April 2002. In September, a full-scale model was displayed in New York at the extraordinary "The Italian Avantgarde in Car Design" exhibition, a few days before the official unveiling at the Mondial de l'Automobile in Paris (26 September).

"Supercars" are a special breed of automobile not comparable with other categories. They are a bit like the ancient gods, forbidden to mingle with common mortals. Supercars, in fact, are multiple works of technology and art, produced in limited series, like the Concorde and certain masterpieces of modern sculpture, from Brancusi to Giacometti. Only 399 units of the Enzo Ferrari have been built, already delivered to as many privileged collectors who will park them in their museum-dwellings, objects to be seen not touched.

Perhaps on special days of glory and passion they will decide to start the  engines and drive them on the roadway. Then all their senses will be exalted, from pride to the five conventional senses, in an triumph of rumbling, speed, power and invincibility, where the eye never gets enough of their lines, volumes, colors and smells: those invented by the skillful wizards of Pininfarina.

For all the Ferrari supercars, from the 288 GTO to the F50, naming has always been a problem. I recall that Enzo Ferrari, having to christen what later became the F40 (a rather banal name), sought the advice of friends and journalists, myself included. I proposed the name "Ferrari Nuvolari" but without success. And yet aircraft, ocean liners and warships bear the names of famous Italians. My idea was to revive the names of Nuvolari, Ascari, Bandini and a few others by associating them with "super" models from Maranello. It was therefore with great pleasure that I saw the latest supercar christened with the name of the Commendatore himself...

Enzo Ferrari - The Man, the Cars, the Races

Enzo Ferrari: The Man and the Machine (Hardcover by Brock Yates)