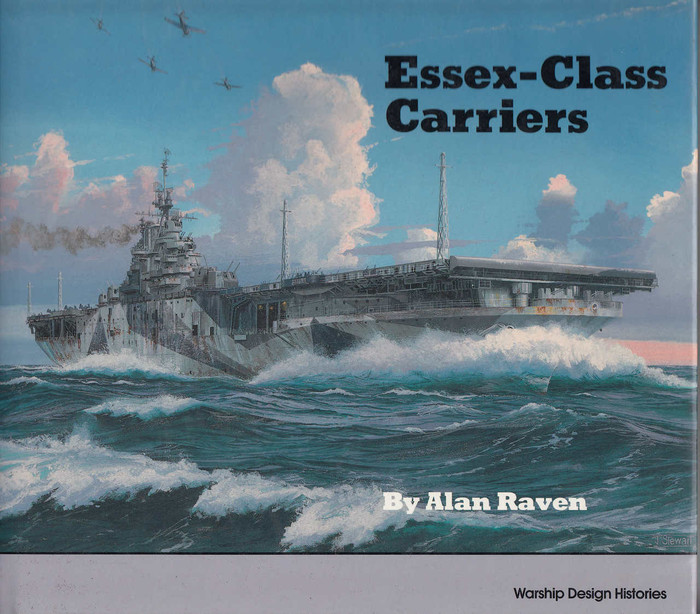 This handsomely illustrated, fact-filled book offers the most detailed presentation of Essex-class aircraft carriers ever published. Alan Raven, one of the most respected ship draftsmen in the world today, presents here some 150 new line drawings of the ships in the class to show complete general arrangements, rig configurations, deck fittings and equipment, weapons, antennas, camouflage schemes, internal layouts, and the differences between the various carriers.

In addition, he has selected an impressive array of previously unpublished photographs for the appreciation of ship buffs, modelmakers, historians, and former crew members. These illustrations give details of the class both during World War II and in the years thereafter.

An informative introduction describes the origins of the class, gives an overview of its design and construction history, evaluates each ship's effectiveness, and outlines their combat careers. The various modifications and refits Essex-class carriers underwent from the 1940s onward are also presented.

This book is the second in a new series called Warship Design Histories, which covers U.S. warships by class. The first highlighted Fletcher-class destroyers.

MSRP:
Now: $69.95
Was:
By: Michel Zumbrunn . Auto Legends: Classics of Style and Design stunningly presents over sixty of the most important — and beautiful — cars ever made. From the 'horseless carriages' of the early...

MSRP:
Now: $240.21
Was:
Rarely had there been a racecar quite as beautiful ad the Lola T70. It was the racing sportscar Eric Broadley so desperately wanted to design, after his association with the Ford Motor Company,...

Everyday Modifications For Your MGB, GT And GTV8

MSRP:
Now: $89.95
Was:
By: Mike Mueller . 2nd hand book in very good condition The era of the Musclecar, by most definitions began in 1964 and ended io years later. Many regard the first landmark car as the Pontiac GTO...