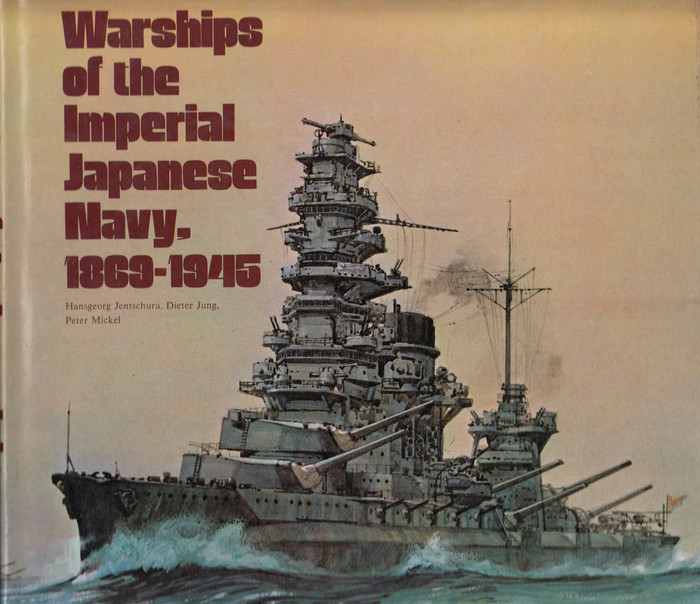 This authoritative book is a detailed reference guide to the ships of the Imperial Japanese Fleet, which came into being with the establishment of modern Japan in 1869.

For the first time in the English language, it provides an accurate guide to the meteoric rise of the Japanese Navy, from humble beginnings to its recognition as one of the major sea powers of the world, and its ultimate possession of the largest battleships ever to sail the seas.

Illustrated throughout with nearly 400 general-arrangement drawings, the book also contains some two hundred photographs, many of which have never before been published.

This translation is a revised and expanded edition of Die Japanischen Kriegsschige, 1869-1945, including additional material and drawings supplied by the authors, as well as data from British and other sources provided by the translators, both of whom are well-known naval historians and experts on naval matters.

The result is a major new naval reference work, which provides a unique and immensely detailed ship encyclopaedia of one of the world's great navies.

MSRP:
Now: $79.99
Was:
By: Rinsey Mills . As Britain emerged form the Second World War in 1945 her motor industry was still geared up to produce the quantities of vehicles, especially commercials, required in wartime. With...

MSRP: $79.95
Now: $50.00
Was:
By: Graham Scott . Description The American Jeep of World War II is one of the most familiar vehicles of all time and, having been involved in so many of the theatres of the war, Jeeps can be found...

MSRP:
Now: $29.95
Was:
By: Derek Smith, Graham Bleathman . Description Following the success of the Cracking Contraptions Manual, Wallace has pulled the dust sheets off a further 20 of his ingenious inventions, from the...

MSRP:
Now: $59.99
Was:
By: Greg Raven, Chad Erickson . Description Turn your VW into a high-performance machine. Chad Erickson explains everything from low-buck bolt-ons to CNC-machined mods. Learn how to choose, install,...

MSRP:
Now: $195.00
Was:
By: Michael Argetsinger . Walt Hansgen was a star in both sports cars and single-seaters, and his meteoric career carried him from the early days of amateur road racing to the very highest level of...

MSRP:
Now: $59.95
Was:
By: Pat Braden . Select & Install, Tune or Repair WEBER CARBURETORS Learn how Webers work and what to change for improved performance. Comprehensive chapters include: Carburetion basics...

MSRP:
Now: $165.95
Was:
By: Tom Benford . Description Chevrolet's Corvette is one of the most popular American cars to collect, restore, modify, and customize. From its inception in 1953 to today, the Corvette...