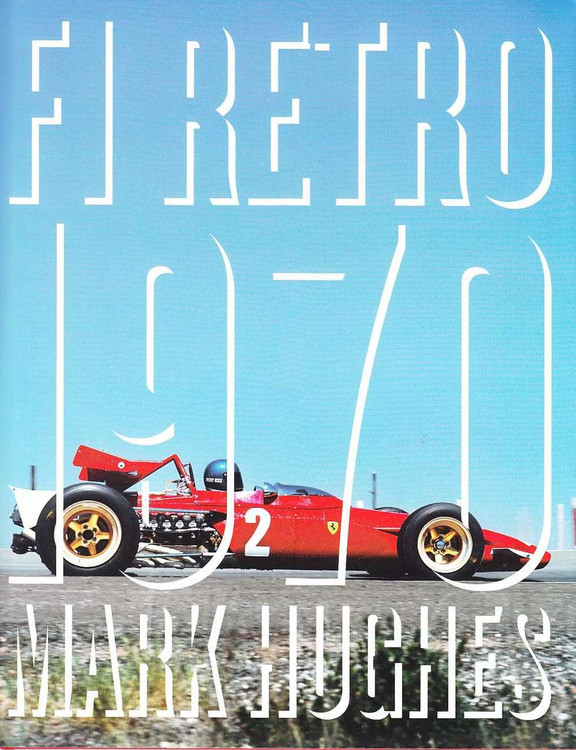 At the time of writing, late 2013, Sebastian Vettel was on his way to a fourth consecutive Fl world championship. His Red Bull RB9, with an engine just 80% of the capacity of the cars featured in this book, developed 75% more power and around 17 times the downforce of Jochen Rindt's 1970 Lotus 72. It gave Vettel a car that would lap most circuits over 20-seconds faster than the old Lotus. Yet if 1970's technical freedoms were still in place in 2013, we'd have been looking at cars 20-seconds faster still—as designer Adrian Newey's virtual reality 290mph, 6G cornering Red Bull XI demonstrated in 2010 using actual simulation tools to derive the forces that would be unleashed.

Back in 1970, the Lotus 72, Ferrari 312B, Brabham BT33 etc were the Red Bull X1s of their day—except they existed in the metal and were being raced for real! Unfettered by anything other than the most broad-brush regulation, these were the most savagely high performance single-seater open-wheel racing cars the human mind could conceive at that time. They were raced upon tracks that were often beautiful but always dangerous and with virtually zero interest from the outside world in the safety or otherwise of those who chose to get in them. Each driver had a 7% chance of being killed in that year alone. Of the 46 drivers who took part in the 1970 Fl season, 24% of them would subsequently be killed in racing accidents either in that or subsequent years.
To be a racing driver then was an intensely rebellious choice, opting to live outside society's norms, disdainful of its security and safety in exchange for the drug's highs. It cast the men who did so in a romantic light, pirates of chance rather than corporate monkeys. A rare few looked upon the sport as a jet stream that could catapult them to fortune and from which they could then alight before it devoured them. Jochen Rindt was one of these. Lotus' Colin Chapman was the man who made the cars that offered the most tantalising promise of success—and the greatest chance of being devoured. The way that Rindt. Chapman and the odds came together formed the gripping and ultimately poignant narrative of the season.

But weaving within that were dozens more story-lines and perhaps the best ever inside account of the sport was written during 1970, in the form of Ted Simon's The Chequered Year. This 43-year hence account of the season borrows from that source—and also others, notably the Jackie Stewart/Peter Manso great diary-style book Faster. We can add to such accounts now the benefit of hindsight as well as all the knowledge that has been accrued since and this is the basis of this book, hopefully the first of a series.

Formula One is a multi-dimensional sport; romantic, technical, complex, human and brutal. Fl Retro 1970 conveys this, with the help of the surviving characters and the visual assistance of the fabulous LAT Photographic archive.

Extreme 4WD And Off - Road