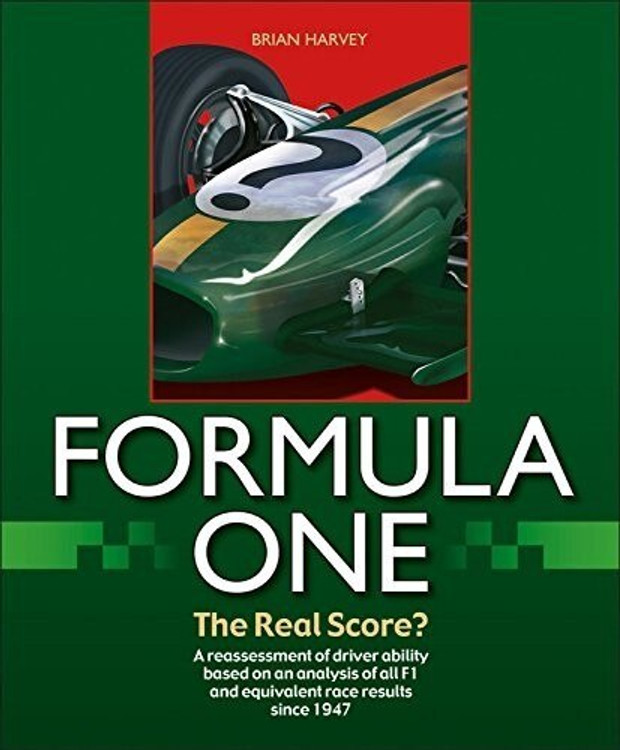 A reassesment of driver ability based on an analysis of all F1 and equivalent race results.

This book fills the gaps in Formula 1 records. The 70 years of F1 can be neatly divided into two eras at January 1980. At that point the terms `Grand Prix` and `World Championship` became synonymous. However, until then OVER HALF of F1 races were not included in the Championship for the spurious reason that each country should have just a single race. This does a disservice to the achievements of drivers of the Fangio, Moss, Clark and Stewart era and even more-so to the four pre-championship years which began in 1946. When a commentator says Rosberg s 16th win equals the F1 wins of Stirling Moss this is manifestly untrue. If the same drivers, in the same cars, compete at the same tracks, and over a similar distance, then each race deserves to have its place in the records as a `Championship quality` event. This book includes such races alongside contemporary Championship races and, combined with known figures since 1980, produces what can surely be accepted as `The Real Score` of Formula 1.

The Complete Book Of Formula One

MSRP:
Now: $175.00
Was:
By: Simon Arron . The Complete Book of Formula One is a year-by-year account of the cars, drivers, and races of Formula One from 1950 to the present. This fully-updated, second edition includes...

The Birth of Formula One DVD