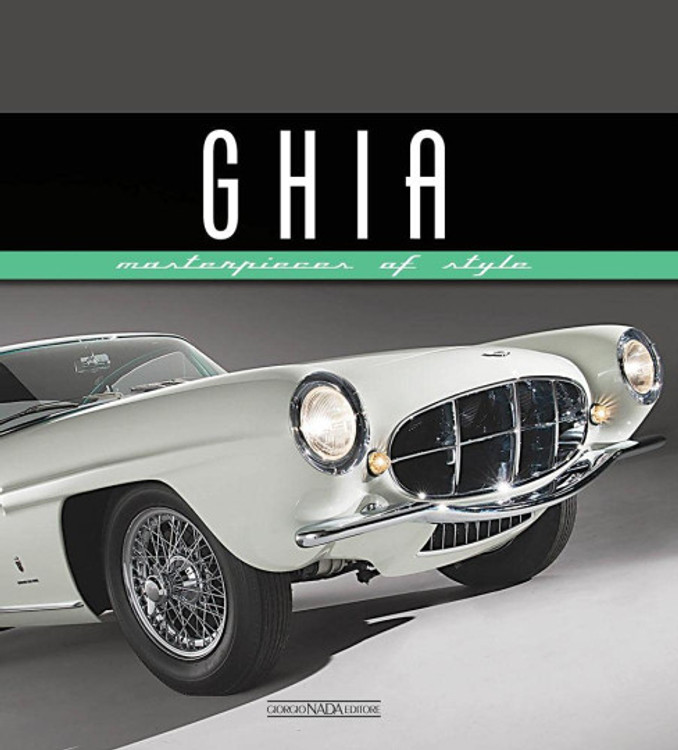 An invaluable book that sheds light on a relatively unknown but lengthy chapter in the history of design, This is the story of Ghia of Turin, a company active from the 1920s. The firm was responsible for some of the most important models in automotive history, frequently distinguished by daring and trend-setting styling. Tracing the history of Ghia brings to light models of particularly evocative appeal, such as the Fiat 508 Sport Spider (1934), various Alfa Romeo 6C 2500s and the 1900 SS Abarth (1954), not to mention a number of unusual Ferraris from the same decade. A decade that was of fundamental importance to Ghia that, one after the other, produced a series of opulent cars inspired by the styling canons in vogue in the United States in that period, but also styling exercises such as the Volkswagen Karmann Ghia (1955). The Sixties were no less prolific, with further "classics" such as the Fiat 2300 S (1960), the De Tomaso Mangusta and Pantera (1966 and 1970) and the immortal Ghibli from 1966. As was the case for other Italian coachbuilders, there followed a period of crisis that saw the Ghia marque change hands on a number of occasions before being acquired by Ford.

MSRP:
Now: $149.95
Was:
Author: edited by Luciano Greggio Size: 24x27 cms - Pages: 208- Photos: hundreds in b/w and colour - Hardbound with jacket - Text: English A volume devoted to Giugiaro and Italdesign could hardly not...

MSRP:
Now: $95.00
Was:
The volume of Artioli 1899, collects what today we can define the force unleashed by speed (Automobili Lamborghini) and color, works of art of the famous painter Alfonso Borghi.  This Union was...

MSRP:
Now: $180.00
Was:
Italian Text with an English Index translation. Lamborghini has always produced emotions that are reflected in the pages of this volume according to a partially chronological order. The book opens...

MSRP:
Now: $180.00
Was:
Italian Text with an English Index translation. As a prominent expression of the highest Italian automobile traditions, in its over 110 years of history the Lancia brand has had its share of...

MSRP:
Now: $48.00
Was:
The North East has been a hotbed of motorsport since the early years of the last century. In this book motorsport broadcaster and journalist Larry Carter presents a selection of memorable motorsport...

MSRP:
Now: $150.00
Was:
Perhaps only the most enthusiastic, among the many Moto Guzzi enthusiasts, are aware of the technical affinity between the 'single cylinder' engine of the racing '250' from the Mandello company and...

MSRP:
Now: $190.00
Was:
The rediscovery of the wondrous ‘Bugatti’ world made up of extraordinary cars, at centre stage in the first three decades of the last century and magically put back together on the...

MSRP:
Now: $60.00
Was:
Everything and more has been written about Enzo Ferrari, the man behind the most famous team in the world and the builder of fascinating grand touring cars. But what exactly was Enzo Ferrari like...