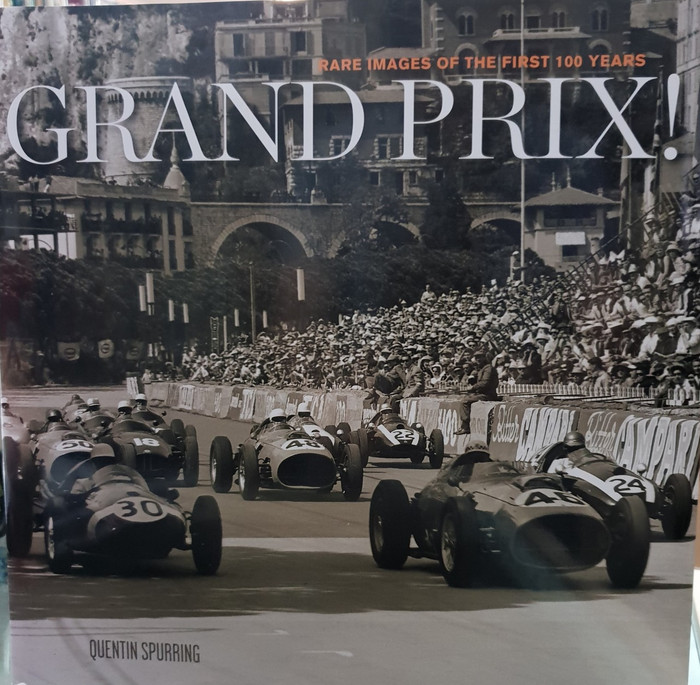 Grand Prix! Rare Images of the First 100 Years presents a vivid and often intimate account of the first century of Grand Prix racing.
Spectacular photographs are accompanied by detailed commentary that captures the human drama and technical ingenuity that have characterized Grand Prix motor racing ever since the first race in 1906. You will discover electrifying racing action, arresting portraits of key drivers and team leaders, and
compelling insights into the highly competitive people who have driven this incomparable sport and evolved its technology.

This richly illustrated book tells the story of the iconic cars that changed the sport over the past 100 years and the men who raced them—the greatest drivers including Nazzaro, Nuvolari, Caracciola, Fangio, Moss, Clark, Prost, Senna, Schumacher, and many more. Most of these photographs have never been
published before, including wonderfully detailed images from early glass-plate negatives.

MSRP:
Now: $50.00
Was:
Hot Rods and Dragsters - The Definitive Guide to the Fastest-accelerating Cars Ever Made (Melvyn Record (1853483788) 2nd hand book in very good condition.

How to Build a Repro Rod Paperback –(1982 by John Thawley)