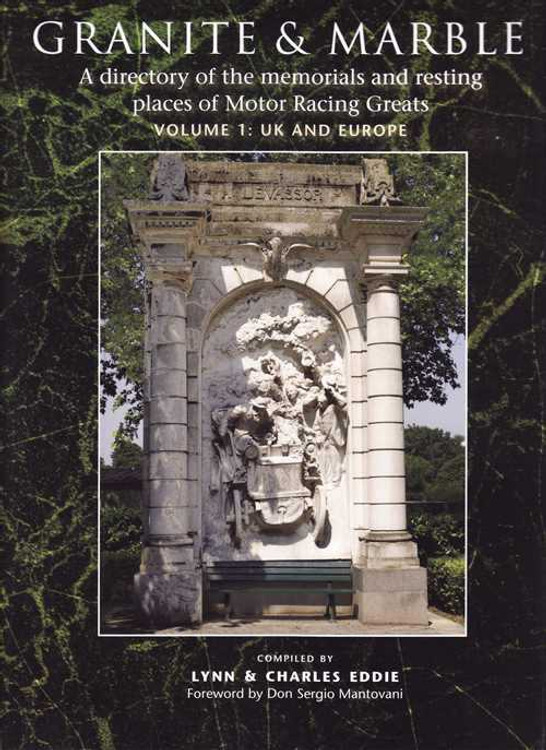 Charles Eddie has been passionate about motor sport since his teens when motorcycle racing during the Duke, Mcintyre, Hailwood era was his main interest.

A motorcycle accident, then marriage and a family steered him to safer branches of motorsport. Some club rallying with a Mini was soon replaced by Karting where he raced right up to Superkart World Championship level. After a couple of seasons of Formula Ford he now restricts himself to the odd track day. After a working life as an
Instrumentation engineer in the chemical industry he took early retirement and with wife Lynn started a motorsport memorabilia company and spent the next 15 years doing the rounds of the UK and European motor sport shows trading in rare and out of print books and poster prints.
Since 1957 Charles has attended over 200 Grand Prix, H races and WSCC races.

For several years Lynn Eddie worked in the travel industry until offered a job in New York at the Sudanese embassy, after two years she returned to the UK and trained in accountancy before taking a position with a major Northwest brewing company. Even after years of trailing round Europe to Grand Prix and motor sport shows Lynn still loves travelling which has made this project very enjoyable despite clocking up some 20,000 miles in 2009.

This book features over 650 colour photographs of racing driver memorials and graves in the UK and Europe. From the 1900 memorial for Wilhem Bauer on the La Turbie hill climb circuit near Nice to the new Tom Pryce memorial unveiled in Ruthin, North Wales on the 11th June 2009.

Those covered are mainly Grand Prix and sports car drivers, but also includes some notable circuit and non-driver memorials.

We have produced this book to highlight the fact that many of the memorials and graves are falling into disrepair. If people know the locations and are able to visit it may help in preserving these important pieces of our motor racing heritage.

MSRP:
Now: $250.00
Was:
By: Gavin Farmer  Description When you say the word "Chrysler" many people think only of Valiant—it's kind of like a word association thing. But Chrysler Australia was much more than a...

MSRP:
Now: $99.99
Was:
By: Keith Harman . Great American Hot Rods chronicles over 360 amazing cars from the streets, shows and strips of America. The strict criterion of featuring only pre-1949 cars is observed but...