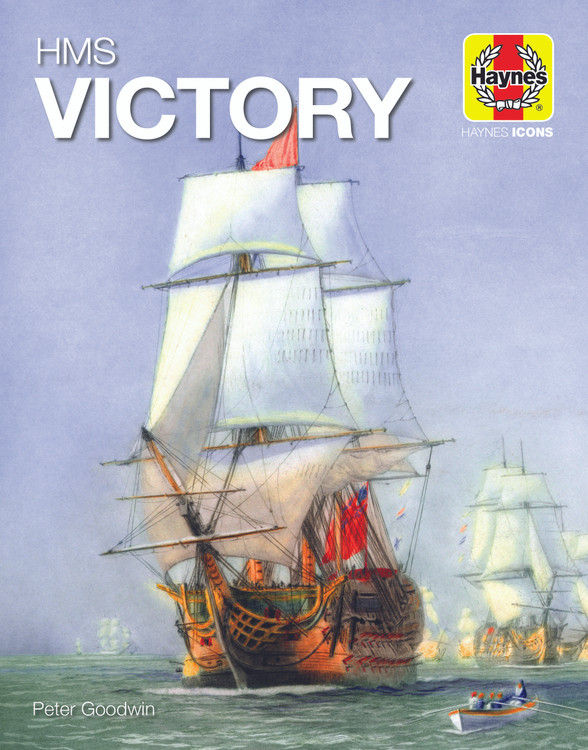 When she was launched in 1765, HMS Victory was the ultimate warship of the Georgian era. As Admiral Lord Nelson’s flagship at the Battle of Trafalgar in 1805, she has since become inextricably linked to the memory of Britain’s greatest naval hero. The Victory was built in the 18th century, with an expected life span of less than two decades, so the fact that she survives today – over 250 years later – is remarkable., Published with the cooperation of the Royal Navy this book takes readers onboard Nelson’s Victory to examine the innermost workings of this maritime icon – from stem to stem, above and below decks., Author: Peter Goodwin was a marine engineer in the Royal Navy in both surface ships and nuclear submarines until 1991 when he was appointed the first Keeper and Curator of HMS Victory. He has a life-long interest in 18th century ship construction and is widely acknowledged as a leading authority on the sailing man-of-war. In this capacity he was the advisor for the film ‘Master and Commander’ and the BBCTV series ‘Persuasion’.

MSRP:
Now: $34.95
Was:
1969 onwards (all models) This is one of the new Icon titles from Haynes. Written by two of British Airways' most experienced Concorde flight crew, the Concorde Manual is the latest aircraft...

MSRP:
Now: $34.95
Was:
This is one of the new Icon titles from Haynes. Born in the turbulent opening years of the Second World War the Churchill tank's ability to take punishment and still fight on was as legendary as...

MSRP:
Now: $34.95
Was:
The German Tiger I was the most feared battle tank of the Second World War. Its invincibility lay in its main 8.8cm gun and heavy defensive armour. This book gives a rare insight into acquiring,...

MSRP:
Now: $75.00
Was:
Ant Anstead's Building a Special brings the Haynes story full circle, coming 61 years after the original Building a 750 Special was written by John Haynes, Haynes Publishing's founder, when he was...

MSRP:
Now: $35.00
Was:
Supercars: The Holden vs Ford Era is a fitting tribute to a golden period of Australian motor racing. It’s a season-by-season review of the V8 championship’s evolution between 1993 and...