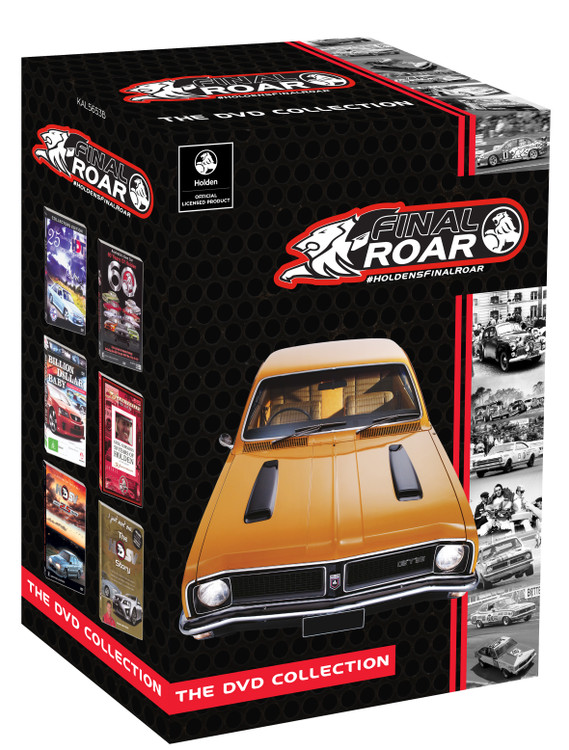 On 29th November 1948, came one of Australia’s defining moments, when Holden released the first locally designed and built car, the 48-215 – fondly known as the FX. And life would be never the same again for those Australians who have owned and driven a Holden since.

The DVD box set celebrates Holden’s final roar in 2021 with six classic DVDs, some have not been released for years and one never on DVD before. This is a Holden’s fan and a collector’s must!

Billion Dollar Baby The Making of the VE Commodore

Re-capture Holdens greatest moments on these DVDs, the road cars, the race cars and the star drivers.

MSRP:
Now: $39.95
Was:
The Holden Precision Driving Team entertained millions of Australians at over 1000 events across four decades. From the team’s VW Beetle origins to Holden Monaros, generations of Commodores and many...

MSRP:
Now: $65.00
Was:
The 1970s were an amazing time for Holden – and an even better time to be a motorsport fan. It was a decade where Holden ruled Bathurst in the annual October classic. Not only claiming 5 race wins...