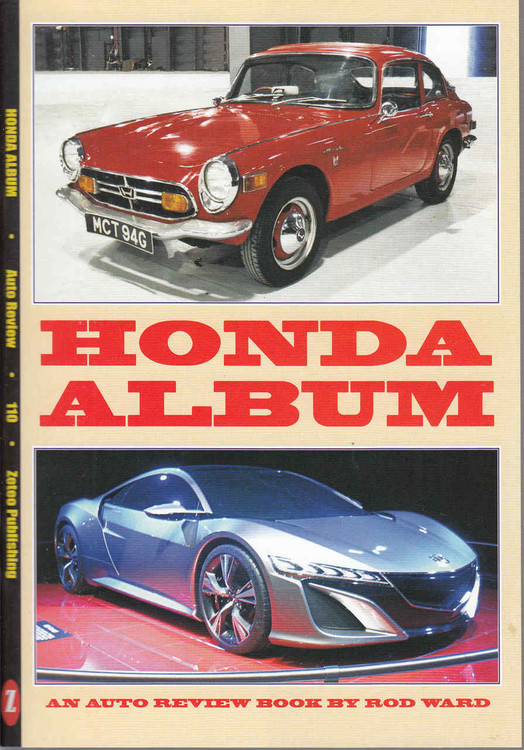 Surely everyone knows that Honda is the largest motorcycle manufacturer in the world, and that it has held that position since 1959. The firm had already produced ten million two-wheelers by 1968, and by the 1980s it was making three million every year. The grand total of all bikes sold exceeded 100 million by 1997 and the total number of Super Cubs ('Honda 50s') alone passed the 50 million mark in 2006.

Honda is also the biggest producer of internal combustion engines for all purposes, making 14 million per year for many decades. With such a cascade of big figures, Honda car production looks modest by comparison, but the company is the ninth biggest car manufacturer in the world, its products made in 20 countries and sold in 150 countries. Among its highly-successful overseas divisions, the British operation produced its two millionth car in 2008. But this is not just a tale of big statistics, it is the story of Soichiro Honda and Takeo Fujisawa, and their struggle to put japan on wheels after the devastation of war.

The high standards they set became the guiding philosophy of a world-ranking company. The Honda company was always aware that they were latecomers in their chosen fields, in Japan as well as in other markets. They had to spend more on research and development than their competitors; 5% of turnover, compared with a more typical 3% to 4%. Nothing came easy to Honda designers and engineers, but advanced solutions could eventually be achieved through frustrating processes of trial and error. They were given unusual freedom, for this industry, to choose their own projects and stay with them for as long as it took to get the right results. Those results speak for themselves; the Honda brand is respected worldwide in the 21st century for its technology, and by 2014 global production totalled almost five million vehicles per year.

This production level will continue to rise, for as long as Honda make products people really want and need.

MSRP:
Now: $59.95
Was:
By: Mike Ancas . With the pocket-rocket movement in full swing, Honda and Acura drivers have many options for performance. But how well do these aftermarket bolt-ons work? What can you do to your...

MSRP:
Now: $66.95
Was:
By: Haynes . Haynes - publishers of the best automotive manuals for repairing your vehicle - now offers the same easy-to-follow, step-by-step process for customizing your ride. Everything from...

MSRP:
Now: $59.95
Was:
By: Mike Kojima . Honda / Acura Engine Performance is a comprehensive guide to modifying the D, B, and H series Honda and Acura engines. Included are sections on: Bolt-on intakes, exhaust systems,...