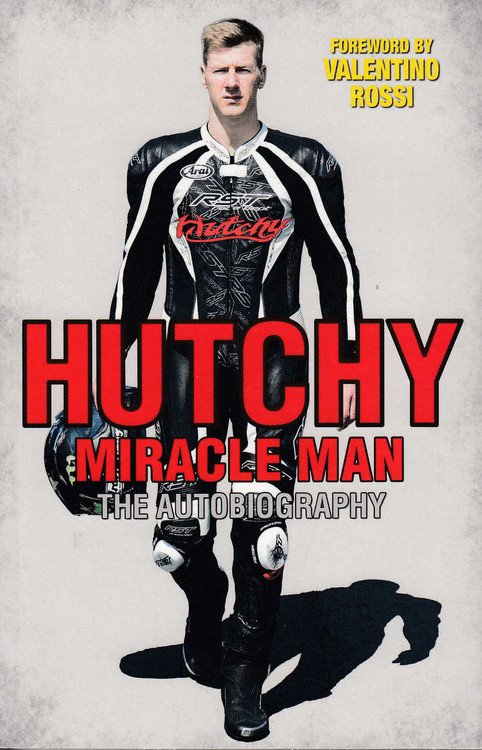 Ian Hutchinson — 'Hutchy' to his many thousands of fans - is a motorcycle racer like few others.

A road racer to the core, he has enjoyed spectacular success, notably at the Isle of Man TT, but his own story goes far beyond even those triumphs.

In the summer of 2010, Hutchy set the record for most wins in a single TT festival — five in all — having already won the Supersport class at the North West 200 in Northern Ireland.
Then disaster struck. At a British Supersport round at Silverstone in September that year, he crashed heavily and broke his left leg so badly that at one stage it was feared it might have to be amputated. After many operations and a long period of recovery, he fractured the same leg in 2012 while practising exhibition-riding for a motorcycle show.

Yet not even these disasters could keep the Yorkshireman from racing. After modifications to the rear-brake and gear levers on his race machines, he went out and won the 2013 Macau Grand Prix. Two years later saw an even more staggering return to form, when he secured three wins, a second and a third place at the 2015 Isle of Man TT, also winning the Joey Dunlop TT Championship Trophy for that year. And 2016 was to prove even better .

Honest, brave and quirkily amusing, Hutchy: Miracle Man presents Hutchy's own accounts and opinions with those of various celebrated figures from the world of motorcycle racing. It is a book not only for fans of road racing, but for anyone interested in the life and career of a brilliant rider and an extraordinarily brave and enduring man.

MSRP:
Now: $99.95
Was:
By: Eddie Jordan . Eddie Jordan gave Michael Schumacher his first drive, and helped groom a whole series of drivers early in their careers, including Damon Hill and Martin Brundle. But he funded his...

MSRP:
Now: $99.95
Was:
By: Tom Madigan . Motocross racing began in 1924just outside London, England. It remained a European sport populated with Euro stars and didn't emigrate to the United States until 1957. By 1970,...

How to Prepare a Historic Racing Mini